Woman falls asleep in flight, wakes up alone in dark

She woke up in 'pitch black', with the plane having landed and been towed away from airport, after passengers and crew had disembarked. 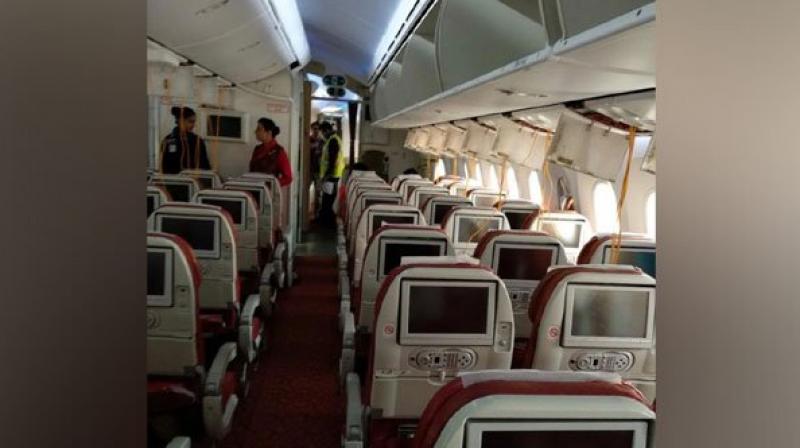 According to the post, Adams was flying from Quebec to Toronto Pearson International Airport when she fell asleep, aided by the fact that she'd ended up with a whole row of seats to herself. (Representational Image)

Montreal: A woman boarded an Air Canada flight earlier this month, fell asleep after takeoff and woke up alone in a dark, parked plane, apparently forgotten about by ground staff.

Tiffani Adams's story was posted by a friend on Air Canada's Facebook page, drawing incredulous reactions from readers and a request for details from the airline.

According to the post, Adams was flying from Quebec to Toronto Pearson International Airport when she fell asleep, aided by the fact that she'd ended up with a whole row of seats to herself.

She woke up in "pitch black," with the plane having landed and apparently been towed away from the airport, after passengers and crew had disembarked.

"I think I'm having a bad dream (because) like seriously how is this happening," she wrote.

She briefly called a friend but was cut short when her phone's battery died.

"I'm trying to focus on my breathing and control my panic attack while I attempt to charge my phone by plugging into every USB port I could find," she wrote, but that proved fruitless because the electricity on the plane was turned off.

After finally finding a torch in the cockpit, she managed to open one of the doors but faced a drop of up to 50 feet to get out of the plane.

She then used the torch to draw the attention of a luggage cart driver, who arrived to find Adams with her legs hanging out of the plane's open doorway.

"He is in shock, asking how the heck they left me on the plane," she said. "I'm wondering the same."

Air Canada apologised for the incident, Adams said, but she hasn't had much sleep since and is struggling with night terrors. Air Canada told broadcaster CTV News that it was reviewing the episode but declined to offer further details.