The move would open yet another front in the president's confrontational rows over trade that have drawn global outcry. 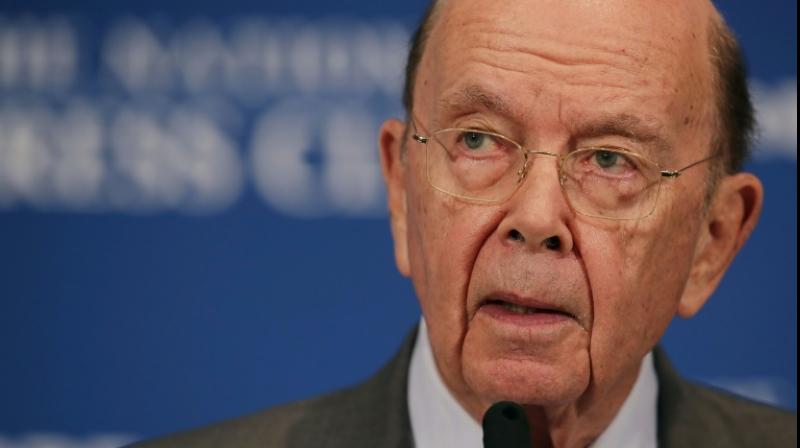 Washington: The US Commerce Department said Wednesday it launched an inquiry that could allow the Trump administration to impose tariffs on auto imports over national security concerns.

Commerce Secretary Wilbur Ross announced he initiated a so-called Section 232 investigation on auto trade -- which would provide the legal basis to impose tariffs, if his department finds imports threaten US national security -- after speaking with Donald Trump on the matter.

"There is evidence suggesting that, for decades, imports from abroad have eroded our domestic auto industry," Ross said.

"The Department of Commerce will conduct a thorough, fair, and transparent investigation into whether such imports are weakening our internal economy and may impair the national security."

In a separate statement released by the White House, Trump said he had "instructed" Ross to "consider" kicking off the probe.

"Core industries such as automobiles and automotive parts are critical to our strength as a nation," Trump's statement said.

The Trump administration had used the same justification to slap steep tariffs on steel and aluminum, raising the specter of a trade war.

A similar move in the auto industry would open yet another front in the Republican president's confrontational rows over trade that have drawn global outcry from allies and partners.

The latest announcement comes as negotiations with Canada and Mexico over revamping the continent-wide North American Free Trade Agreement (NAFTA) have stalled over auto demands.

Earlier Thursday, Trump had blamed the US neighbours to the north and south for being "difficult" in talks to renegotiate the pact.

The Wall Street Journal reported earlier Wednesday that Trump was asking for vehicle import tariffs as high as 25 per cent.

During recent negotiations, President Xi Jinping offered to cut the rate to 15 percent from 25 percent.

The Journal, citing sources in the auto industry, said US moves to retaliate likely would face significant opposition from trading partners and auto dealers that sell imports.

Japan was quick to lash out, with its trade minister Hiroshige Seko saying on Thursday that such a move would "plunge the world market into confusion" and be "extremely regrettable."

Passenger cars make up around 30 per cent of Japan's total exports to the United States and Tokyo has already threatened Washington with retaliation at the World Trade Organization for the steel tariffs.

In its statement announcing the inquiry, the Commerce Department cited figures showing that US employment in automobile manufacturing had dropped by 22 percent from 1990 to 2017.

Trump appeared to tease Wednesday's announcement with earlier tweets, saying: "There will be big news coming soon for our great American autoworkers."

"After many decades of losing your jobs to other countries, you have waited long enough!"

In another missive referring to trade talks with China, he said that, while the discussions were proceeding nicely, "in the end we will probably have to use a different structure."

Trump -- whose protectionist platform helped launch him to the White House -- has repeatedly floated the notion of steep tariffs that would shield the US auto industry.

He has specifically targeted Germany, and argued that American cars are slapped with higher tariffs than those imposed on European autos.

US cars sold in the EU are hit with 10 per cent duties, while the US imposes just 2.5 per cent on cars from the EU.

But Washington imposes 25 per cent tariffs on European pick-ups and trucks -- which the EU taxes at a much lower 14 per cent on average.