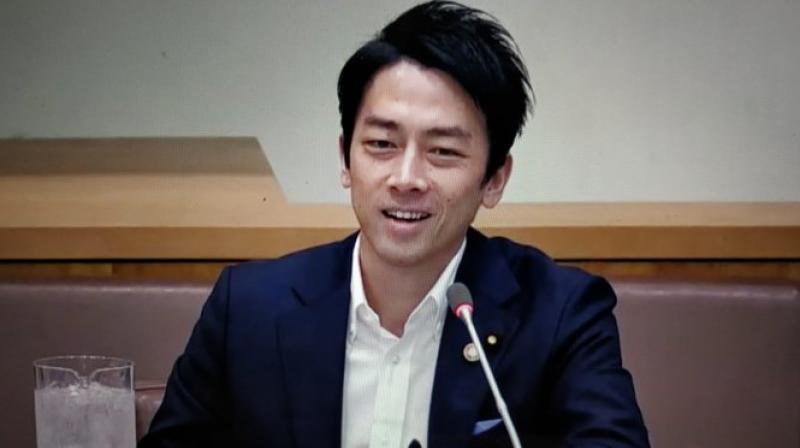 Koizumi was speaking on the eve of a United Nations climate summit in New York where activists plan to float a blimp showing Prime Minister Shinzo Abe emerging from a bucket of coal to protest Japan's pans to build new coal-fired power plants. (Photo: Social Media)

Koizumi was speaking on the eve of a United Nations climate summit in New York where activists plan to float a blimp showing Prime Minister Shinzo Abe emerging from a bucket of coal to protest Japan's pans to build new coal-fired power plants.

"In politics there are so many issues, sometimes boring. On tackling such a big-scale issue like climate change, it's got to be fun, it's got to be cool. It's got to be sexy too," Koizumi told a news conference in New York.

"We are committed to realizing a decarbonised society, and we are ready to contribute as a more powerful country in the fight against climate change," he said.

Japanese students in Tokyo were among the millions of young people who took to the streets on Friday to express the fear and outrage they feel over the failure of governments to control greenhouse gas emissions, which hit a record high last year.

The son of charismatic former prime minister Junichiro Koizumi, he is regularly rated by voters as the lawmaker they would most like to see in the top job when Abe steps down.

Although Japan is not due to speak at the climate summit on Monday, Koizumi said he was in New York to learn more about the state of negotiations on global greenhouse gas emissions and meet Japanese students.

He was speaking alongside Christiana Figueres, an architect of the 2015 Paris Agreement to curb global warming, who had invited him to meet various companies and banks aiming to accelerate investment in clean energy projects in Asia.

"It behooves the rest of the world to come together to support Japan, as well as the other Asian countries, to move beyond coal," said Figueres, a Costa Rican diplomat who now leads Mission 2020, a campaign to accelerate climate action.

"We need to make an extraordinary effort that will favor the new fuels that we all need to move in to," she said.

UN Secretary-General Antonio Guterres has told governments they should only turn up to the summit if they came armed with more ambitious plans to cut carbon emissions under the Paris accord, which enters a crucial implementation phase next year.

Guterres has also urged governments not to build any new coal power plants after 2020 - setting him at odds with Japan, which is the only G7 country to be adding coal-fired power generation capacity. Japan's government and banks also play an important role in financing new coal plants elsewhere in Asia.

Nevertheless, Koizumi said he wanted Japan to do more on climate, invoking his country's role in forging the Kyoto Protocol, a climate treaty agreed in the Japanese city of Kyoto in 1997.

"We haven't taken the strong action and powerful leadership since then, but from now on, from today, we want to do more," Koizumi said, without giving details.

Koizumi sparked controversy shortly after being appointed when he told his first news conference that he wants Japan to close down nuclear reactors to avoid a repeat of the Fukushima catastrophe in 2011. Isshu Sugawara, newly-appointed as trade minister, responded by saying it would be unrealistic to rid Japan of nuclear power.

Koizumi reiterated his opposition to nuclear power on Sunday. "I want to realize a society, a country, with no fear about the nuclear crisis," he said. "But it isn't easy, it's a complicated issue. But I'll try my best to reduce the nuclear power in the future."