Fernando Collor, who was in office from 1990-1992 was charged formally with 'passive corruption', money laundering and racketeering. 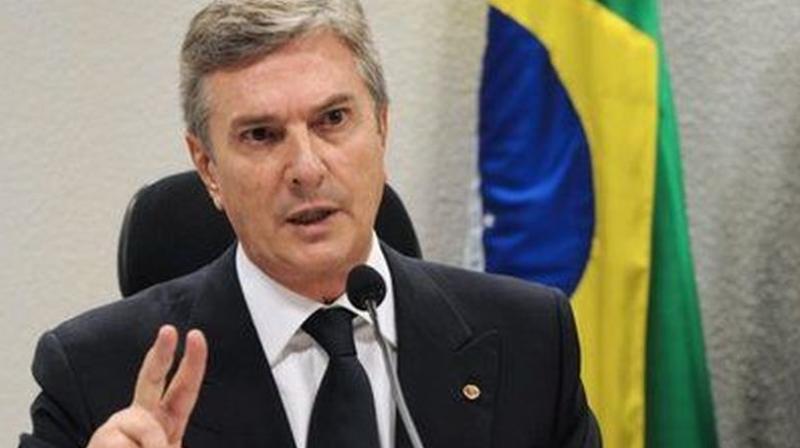 Collor, who resigned as president amid corruption allegations, became the third senator to be formally charged in the investigation of the mega-scandal. (Photo: AFP)

Collor, who was in office from 1990-1992 and is now a senator, was charged formally with "passive corruption", money laundering and racketeering. That followed the federal Supreme Court's unanimous decision to allow Collor to be tried despite his immunity as a lawmaker. It did, however, reject additional obstruction of justice and embezzlement charges.

Collor, who resigned as president amid corruption allegations, became the third senator to be formally charged in the investigation of the mega-scandal, after Gleisi Hoffmann and Valdir Raupp.

Prosecutors say Collor took bribes worth about nine million dollars between 2010 and 2014 in connection with a number of transactions at BR Distribuidora, a Petrobras subsidiary.

Collor, who was the first democratically elected president after the 1964-85 military regime, did not immediately comment on the latest development in his case.

Dozens of senior leaders across the political spectrum and high-ranking businessmen have been investigated or convicted since the sprawling corruption scandal began in 2014.

The investigation has centered on Petrobras, the state-run oil company, where inflated construction contracts were used by business leaders and politicians to siphon off billions of dollars.

In July ex-president Luiz Inacio Lula da Silva was convicted of graft and vowed an appeal in the largest scalp yet of the investigation and a stunning blow to the leftist's prospects for political comeback.