No agreement on Indus Water Treaty: World Bank after meet with Pak

The Pakistani delegation raised the issue of India's alleged violation of the Indus Waters Treaty and opportunities. 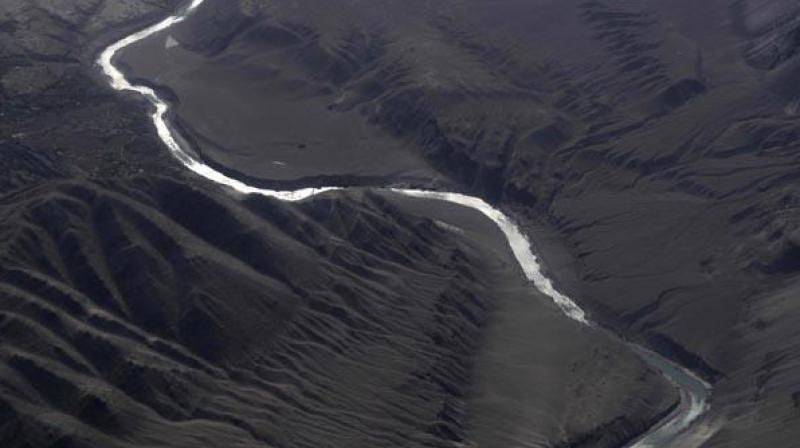 Washington: No agreement was reached during the meeting held between World Bank and a four-member Pakistan delegation on May 21-22 on Indus Water Treaty.

The World Bank told the delegation from Pakistan that its role is limited and procedural.

However, it will continue to work with both countries to resolve the issues in an amicable manner and in line with the Treaty provisions, it added.

The Pakistani delegation raised the issue of India's alleged violation of the Indus Waters Treaty and opportunities within the Treaty to seek a resolution with the World Bank.

It also raised concerns about the recent inauguration of the Kishenganga hydroelectric plant in Jammu and Kashmir's Bandipora district.

Earlier on May 18, Pakistan's Foreign Office raised concern about the hydroelectric plant, saying it will violate the Indus Water Treaty that regulates the use of waters in the shared rivers and protested against the construction of the project.

However, as per India, it is permitted to construct the Kishanganga (330 megawatts) and Ratle (850 megawatts) hydroelectric power plants on Jhelum and the Chenab rivers as specified in the Indus Water Treaty.

India also argues that the treaty also allows "other uses", including the construction of hydroelectric plants.

The Kishanganga plant is a part of a run-of-the-river hydroelectric scheme that is designed to divert water from the Kishanganga River to a power plant in the Jhelum River basin.

The Kishanganga River also stretches into Pakistan, which is known as the Neelum River there.

India started work on the Kishanganga project in 2009. However, Pakistan protested against the construction of the project and took the matter to the Permanent Court of Arbitration at The Hague, which stayed the project for three years.

Ultimately in 2013, the court ruled that the Kishanganga project was "a run-of-river plant within the parameters of the Indus Water Treaty and that India may accordingly divert water from the Kishanganga River for power generation".

The project was then fast-tracked by Prime Minister Modi-led government after it came into power in May 2014.

The Indus Waters Treaty is a water-distribution agreement between India and Pakistan that paves way for a cooperative framework for both the countries to address current and future challenges of effective water management.

The treaty was signed in Karachi on September 19, 1960, by then prime minister of India Pandit Jawaharlal Nehru and then President of Pakistan Ayub Khan.