Indian-origin boy in UK who went missing after accused of cheating, found

Abhimanyu Chohan went missing after he scored 100 per cent marks in a mock test and was worried about getting into trouble. 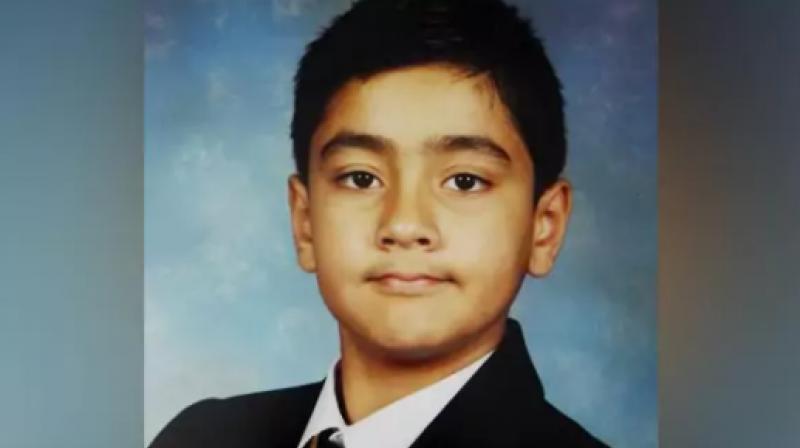 On the day he went missing, Abhimanyu changed his clothes and walked out of school - he was caught on CCTV on the highway in the city. (Photo: Facebook | Missing-Abhimanyu-Chohan)

London: A 15-year-old Indian-origin boy who disappeared from his school after he was reportedly accused of cheating when he scored 100 per cent marks in an exam has been found safe and well, British police said.

Abhimanyu Chohan went missing from King Henry VIII Independent School in Coventry on Friday after he scored 100 per cent marks in a mock test and was worried about getting into trouble.

West Midlands Police on Tuesday tweeted that he had been found "safe and well", the BBC reported.

On the day he went missing, Abhimanyu changed his clothes and walked out of school - he was caught on CCTV on the highway in the city.

Abhimanyu's father Varinder Chohan said his son had been worried about getting in trouble at school after accusations he had cheated on an exam paper.

His family believe he may have left Coventry and could have travelled as far as Oxfordshire - but he has no money, food or extra clothing.

"We just want him back safe, this is so unlike him. He's a bit of a high flyer, he's a smart kid but he's not street wise," Chouhan said.

"We're worried he may have thought he was in trouble because he got top marks on a mock exam paper."

"We think he might have seen the paper beforehand but we're not sure exactly what happened."

"He was allowed to sit for a completely new paper, so I don't think there was even a major problem with the school. He is due to sit his General Certificate of Secondary Education's next year and is on course to do well.

Abhimanyu's mother Navneet said that her son turned 15 about a week ago and "was so happy", the report said.

"I dropped him off and he must have then changed," she said.

"Police came and said 'we can do more but have to wait until we are on high alert'.

"They said maybe he is taking time for himself and wants to clear his head."