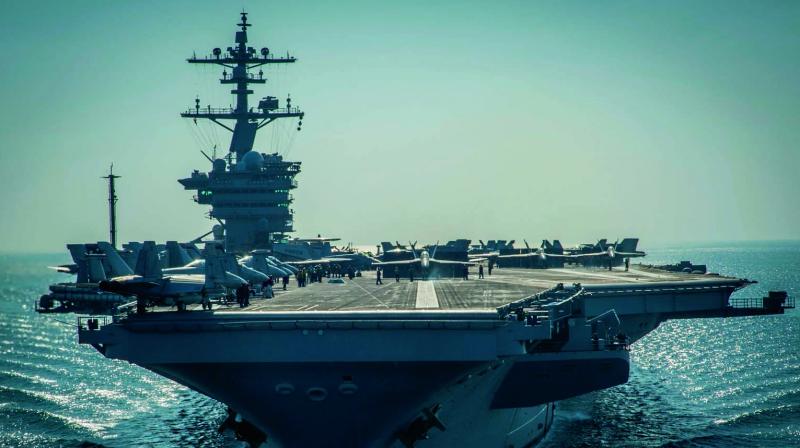 Seoul: The US supercarrier Carl Vinson will arrive in the Sea of Japan in days, vice-president Mike Pence said on Saturday, after days of mixed messages from Washington over the warship’s whereabouts.

The strike group was supposedly steaming towards North Korea last week amid soaring tensions over the rogue state’s apparent ramping up for a sixth nuclear test, with Pyongyang threatening to hit back at any provocation.

But the US Navy, which had earlier said the aircraft carrier would sail north from waters off Singapore as a “prudent measure” to deter the regime, admitted on Tuesday the ships were in fact sent away from Singapore and towards Australia to conduct drills with the Australian navy.

The aircraft carrier will arrive “in a matter of days”, Mr Pence, who is in Sydney, said, after the location of the naval strike group became contentious.

“We are sending an armada. Very powerful,” Mr Trump had tweeted, while Pentagon chief Jim Mattis had said the Vinson was “on her way up”.

“The authorities of the Trump administration are spouting a load of rubbish,” a North Korean foreign ministry spokesman said in a statement released on Saturday by Pyongyang’s official KCNA news agency.  America is “seeking to bring nuclear aircraft carrier strike groups one after another to the waters off the Korean Peninsula. Such  blackmail can never frighten the DPRK”, he said.