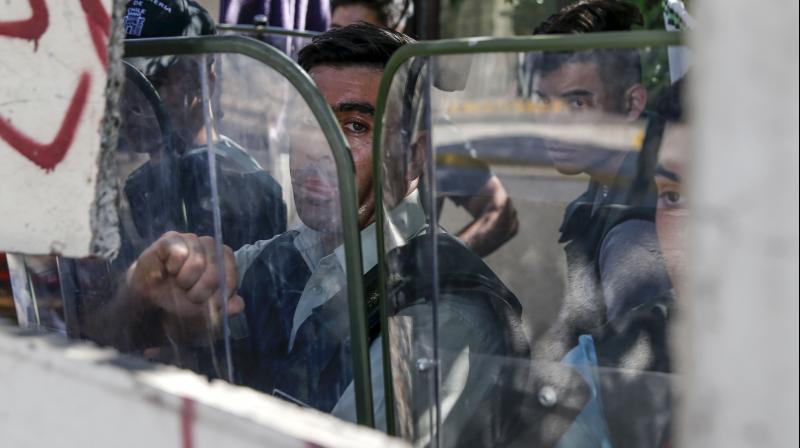 Montevideo: Panic over the spread of the coronavirus sparked a prison riot in Colombia that killed 23 inmates on Sunday, as Chile became the latest Latin American country to announce restrictions on movement.

Rioting swept through the crowded jail overnight in the Colombian capital Bogota amid rising tensions over the virus in the penitentiary system.

Justice Minister Margarita Cabello described the violence as an attempted mass breakout, part of what she said was a coordinated plan with inmates who caused disturbances in 13 jails across the country.

The minister rejected accusations by rights groups that the riots were sparked by unsanitary conditions inside a prison system that was woefully unprepared to face the pandemic.

A curfew in Chile "will take effect throughout the national territory from 10:00 pm to 05:00 am the next day," Health Minister Jaime Manalich announced Sunday. The country, which has 632 infections, registered its first death from the pandemic at the weekend.