Republican Senator from Kentucky Rand Paul, were confirmed infected with coronavirus while the death toll increased to 419 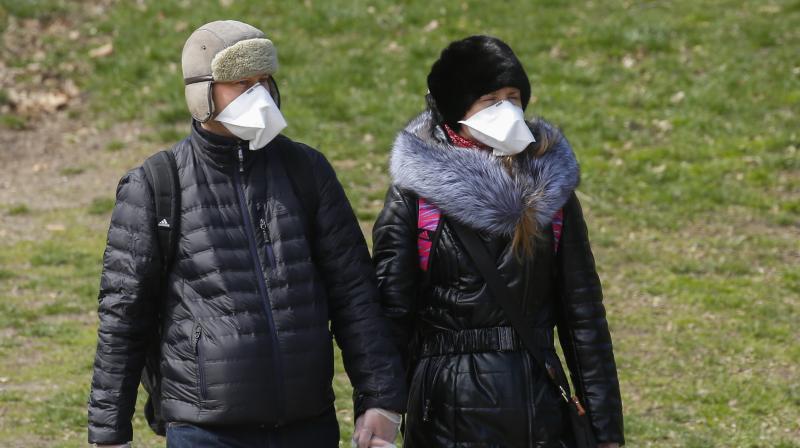 A couple wears face masks and surgical gloves as they walk in Central Park in New York City. AP Photo

Washington: The US has seen a significant spike in coronavirus cases with the total confirmed infections jumping to nearly 34,000 while over 400 fatalities were recorded, even as one in every three Americans has been told to stay home.

According to Worldometer, a website which compiles new cases of COVID-19, till Sunday evening at least 33,546 Americans, including Republican Senator from Kentucky Rand Paul, were confirmed infected with coronavirus while the death toll increased to 419.

Paul was the first Senator to have tested positive for coronavirus and he has gone into quarantine.

New York tops the list with more than 15,000 confirmed coronavirus cases, with 5,418 new cases added in the 24 hours alone. As many as 114 people in New York have died of which 58 were reported in a day.