The man allegedly told the Muslim cab driver that he will get deported now as Donald Trump is going to be the President. 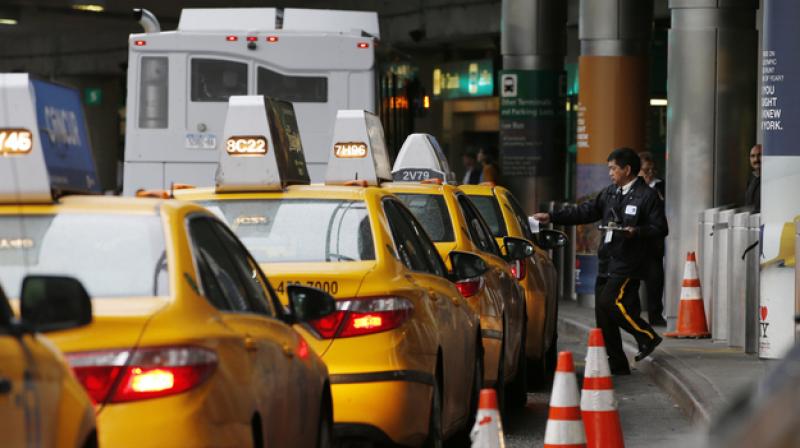 The man, who was not identified, was driving a white sport-utility vehicle and can be heard calling another driver in a video an Arab, a terrorist and a loser. (Photo: Representational Image/AP)

New York: A man in the US allegedly hurled verbal abuses at a Muslim cab driver calling him a "terrorist" and telling him that he will "get deported" now as Donald Trump is going to be the President.

The man was recorded on video lashing out at the Arab-American Uber driver in a neighbourhood in New York.

The man, who was not identified, was driving a white sport-utility vehicle and can be heard calling another driver in a video an "Arab", a "terrorist" and a "loser", the Washington Post reported.

"Trump is president! So you can kiss your f***ing visa goodbye, scumbag. They'll deport you soon. Don't worry, you f***ing terrorist," he said.

The recipient of the verbal attacks was Chris Cody's driver.

The incident on Crescent Street in the Astoria neighbourhood in New York happened last week, just before the driver picked up Cody in Manhattan.

Cody, a St Johns University adjunct professor who speaks Arabic, said he found out about the incident after striking up a conversation with his Uber driver, whom he knows only by his first name, Mohammed.

He said his driver was surprised to meet an American who said "hello" to him in his language and does not have anything against Muslims.

"Right before I picked you up, I had a horrible incident," Cody recalled his driver saying.

Based on Mohammed's account to Cody, he and the other driver ended up next to each other at a stop light. The man can be heard abusing after seeing Mohammed, who recorded the incident with his phone.

"You're a loser. You're not even from here! You and your family you terrorist!," the man said.

Cody said Mohammed told him the attack was unprovoked.

"I could tell he was upset. He didn't tell me exactly why he decided to take a video. I think he was just so shocked by what happened," he said.

"There's definitely some Islamophobic and anti-Muslim sentiment out there right now. I don't blame him for being intimidated, especially with the stuff coming out of that guy's mouth," Cody said.

The video has gone viral on Facebook. Cody said he sent it to his friend, who posted the clip to his Facebook fan page. The video had been viewed more than 3 million times and shared about 40,000 times as of Sunday.

The Arab-American Family Support Center in New York also has publicly criticised the other driver, saying that "racism and anti-Muslim bigotry are real threats to our community".

Over 200 incidents of hateful harassment and intimidation across the US have been reported since Trump won the presidential election.