Modi said he met Trump a few times and every time he has been warm, friendly, accessibly, energetic and full of wit. 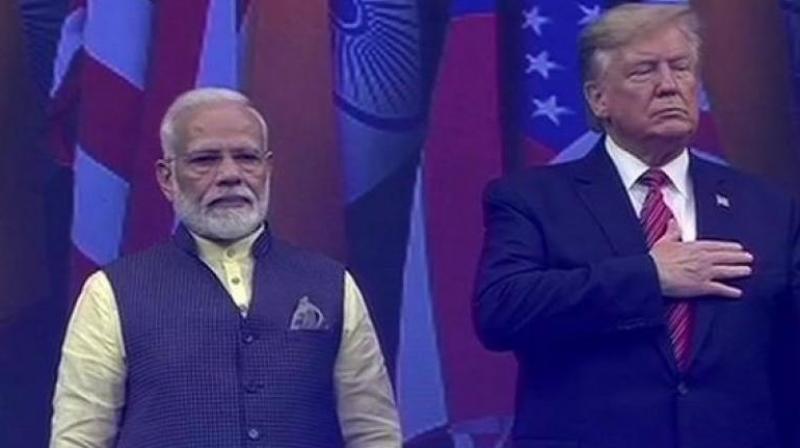 Houston: Prime Minister Narendra Modi on Sunday introduced US President Donald Trump to the Indian-Americans at the mega 'Howdy, Modi' event here as a very "special person" who has left a deep and lasting impact everywhere.

Addressing over 50,000 Indian-Americans at the NRG stadium, Modi said it was honour and privilege for him to welcome Trump in this magnificent stadium and magnificent gathering. "Greetings to my fellow Indians in India and around the world. Friends, this morning, we have a very special person with us," Prime Minister Modi said. "He (Trump) was a household name even before he went to hold the highest seat in he US," Modi said while greeting the US president. "His name is familiar to every person on the planet. His name comes up almost every conversation in the world on global politics," he said. "From CEO to Commander in Chief, from boardrooms to the oval office, from studios to the global stage, from politics to the economy and to security, he has left a deep and lasting impact everywhere," Modi said.

Modi said he met Trump a few times and every time he has been warm, friendly, accessibly, energetic and full of wit. "And I can say I had a chance to meet him often and every time I found the friendliness, the warmth and the energy," he said. "President this morning in Houston, you can hear the heartbeat of this great partnership in this celebration of the world's two largest democracies," Modi said. "You can feel the strength and depth of the bonds between our two nations," Modi said. The prime minister said "the people are at the heart of all relationships. From Houston to Hyderabad, from Boston to Bengaluru, from Chicago to Shimla, from Los Angeles to Ludhiana." Trump has already made the American economy strong again, Modi said. "He has achieved much for the US and for the world," Modi said. "We in India have connected well to him," he said, adding "Abki baar Trump aarkar".