Watch: Shark jumps out of water, snatches fish from line

Doug Nelson, who filmed the video, said that the shark gave them a ‘pretty good scare’. 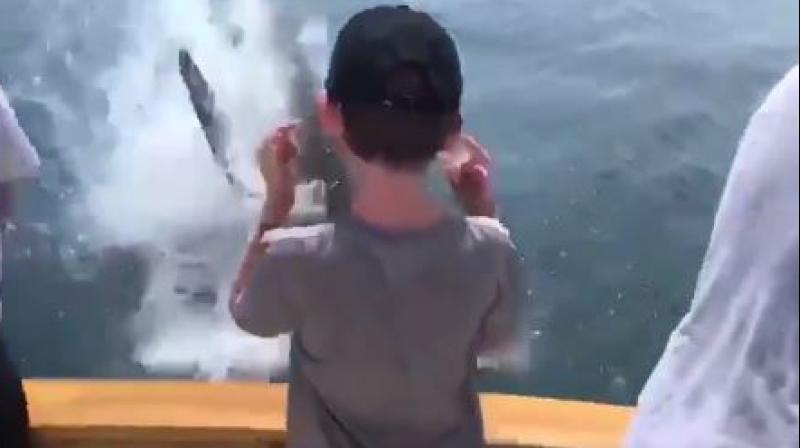 Massachusetts: A family fishing in Cape Cod Bay in Massachusetts, USA, had a close encounter with a great white shark. A video that has gone viral online shows the family fishing on a boat when the shark leaped out of water to snatch the fish they had caught on the fishing line.

According to The Guardian, Doug Nelson, who filmed the video, said that the shark gave them a "pretty good scare."

Nelson's son, Jack, can be seen on the video recoiling as the shark jumps out of water.

The video was posted on Twitter by Atlantic White Shark Conservancy, an organisation that works on great white shark research and conservation.

Incredible footage today from Doug Nelson of Franklin, MA fishing aboard the Columbia out of Rock Harbor in Orleans. @MA_Sharks pic.twitter.com/rK3yk5j6SG