Indian-origin scientist to help US troops on thought-controlled robots

Team headed by Gaurav Sharma, a senior research scientist at Battelle, is among six teams to win grants to develop brain-machine interfaces. 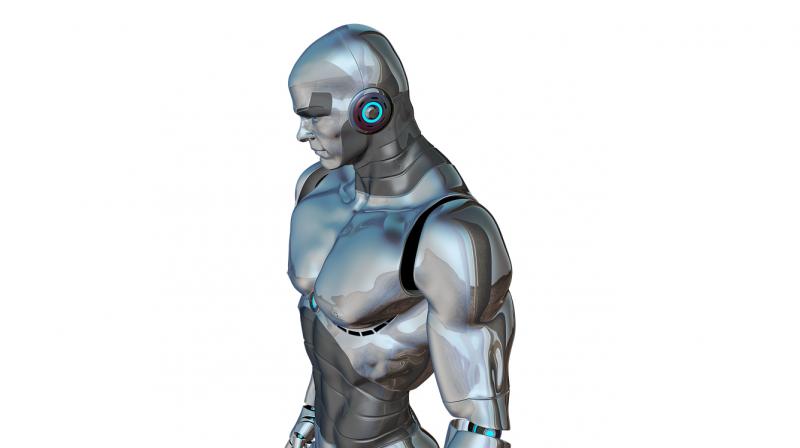 Washington: An Indian-origin scientist and his team in the US have won a whopping USD 20 million contract from an agency of the defence department to develop a system that could allow a soldier to control multiple unmanned aerial vehicles or even a bomb disposal robot with his thoughts.

The team headed by Gaurav Sharma, a senior research scientist at Battelle, is among six teams to win grants to develop brain-machine interfaces, according to a statement by the Defence Advanced Research Projects Agency (DARPA).

Sharma, 40, has been tasked to develop a system that could ultimately allow a soldier to put on a helmet and use his mind to control multiple unmanned aerial vehicles or even a bomb disposal robot, Battelle, a Columbus-based R&D organisation, said in a statement.

BrainSTORMS involves the development of a novel nanotransducer that could be temporarily introduced into the body via injection and then directed to a specific area of the brain to help complete a task through communication with a helmet-based transceiver, the statement said.

Upon completion, the nanotransducer will be magnetically guided out of the brain and into the bloodstream to be processed out of the body, it said.

“This is one of the most exciting and challenging projects I have worked on,” said Sharma.

“With BrainSTORMS, we will again be pushing the limits engineering and physics. If successful, this technology would not only provide a safe and efficient way to facilitate human machine interactions but also has the potential to revolutionise the study of the nervous system,” Sharma said.

Battelle began the first phase of the programme with USD 2 million in funding to demonstrate the core concept of the technology. If the team’s concept proves successful, Battelle will receive additional funding for the second and third phases of the programme, the statement said.

The full contract is worth approximately USD 20 million over four years for the Battelle team.

Sharma, was instrumental in development of a neuroprosthetic technology named NeuroLife which has enabled a quadriplegic man to move his hand again using his thoughts.