US will continue to press Iran until its leaders change behaviour: Mike Pompeo

The US will dramatically accelerate its pressure campaign on the Iranian regime until its leaders change their destructive behaviour. 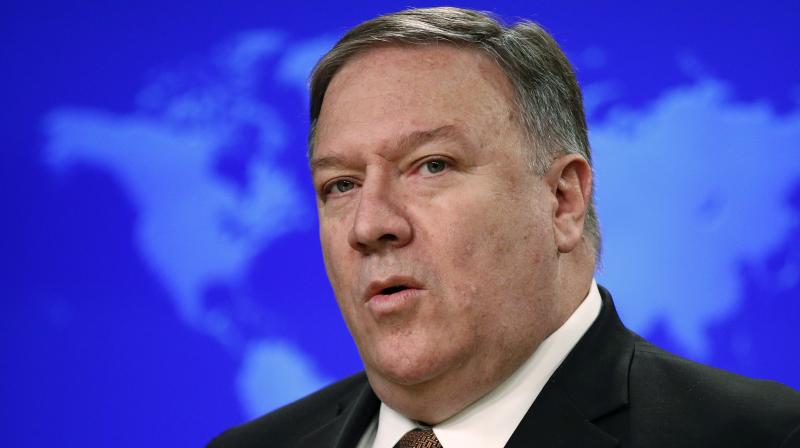 The Secretary of State warned countries of importing oil from Iran. (Photo:AP)

Washington: The US will dramatically accelerate its pressure campaign on the Iranian regime until its leaders change their destructive behaviour, respect the rights of their people, and return to the negotiating table, Secretary of State Mike Pompeo said Monday.

Pompeo remarks came soon after US President Donald Trump announced that his administration will not issue any additional Significant Reduction Exceptions to existing importers of Iranian oil.

"The Trump Administration has taken Iran's oil exports to historic lows, and we are dramatically accelerating our pressure campaign in a calibrated way that meets our national security objectives while maintaining well supplied global oil markets," Pompeo told reporters at an early morning news conference.

The Secretary of State warned countries of importing oil from Iran.

"We stand by our allies and partners as they transition away from Iranian crude to other alternatives," he said, adding that countries have to bring down their import of oil from Iran after May 2.

Pompeo said the US has had extensive and productive discussions with Saudi Arabia, the United Arab Emirates and other major producers to ease this transition and ensure sufficient supply.

"This, in addition to increasing US production, underscores our confidence that energy markets will remain well supplied," he said.