This is for the first time in several years a news report has surfaced about the hiding location of the al-Qaeda chief. 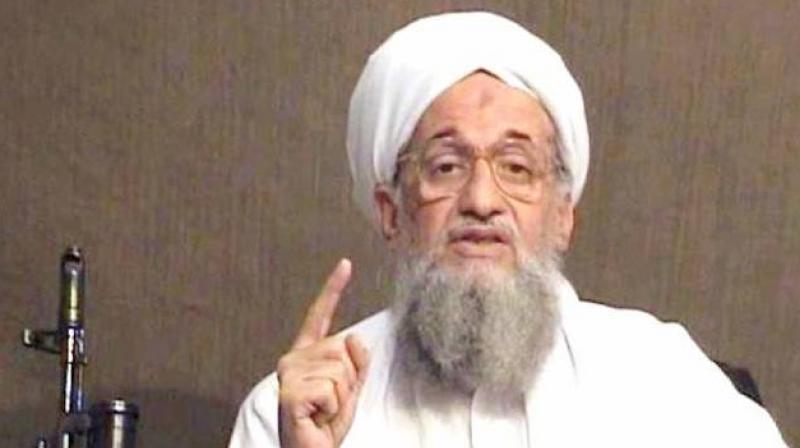 Riedel told the weekly that Karachi would be a "very hard" place for the US to conduct the kind of commando raid that got bin Laden on May 2, 2011. (Photo: AFP)

New York: Al-Qaeda founder Osama bin Laden's mentor and successor Ayman al-Zawahiri as well as the slain terrorist's eleventh son Hamza is being protected by Pakistan's Inter-Services Intelligence agency (ISI) and their most likely location of hiding is in Karachi.

According to a report by the New York based Newsweek, the Egyptian-born Zawahiri remains a key player in an attack threat to US that retired Marine Corps General John Kelly, the U.S. homeland security secretary, says is "worse today than what we experienced 16 years ago on 9/11."

The White House signaled a new, tougher approach to eliminating al-Zawahiri and his militant allies in early April with the appointment of Lisa Curtis, a well-known former CIA analyst, congressional staffer and foreign policy hawk in Washington, DC's think-tank circuit, to head the South Asia desk for the National Security Council.

The ISI has been protecting Zawahiri, a trained surgeon, since US forces evicted Al-Qaeda from Afghanistan in late 2001, the Newsweek cited several authoritative sources as saying.

According to Bruce Riedel, a 30-year CIA veteran who was the top adviser on South Asia and the Middle East for the past four US presidents Karachi would be a logical place to hide out, where he would feel pretty comfortable that the Americans can't come and get him.

Riedel says that Karachi would be a "very hard" place for the US to conduct the kind of commando raid that got bin Laden on May 2, 2011 as the city is heavily policed, is site of a major nuclear complex, also hosts Pakistani naval and air bases, where forces could quickly be scrambled to intercept American raiders.

He adds that bin Laden remains a popular figure among Karachi's millions of poor, devout Muslims, who could well emerge from their homes and shops to pin down the Americans.

According to the report, in the first week of January 2016, the Obama administration went after Zawahiri with a drone strike in Pakistan's remote Shawal Valley, which abuts the Afghan border in a Federally Administered Tribal Area (FATA) but he survived.

According to the Newsweek, a former top Pakistani official who maintains close ties with the Islamabad government would confirm only that al-Zawahiri is "in a large Pakistani city." adding that he was "100 percent" sure that bin Laden's 26-year-old son, Hamza, a rising power in Al-Qaeda, is also in the country under ISI protection.