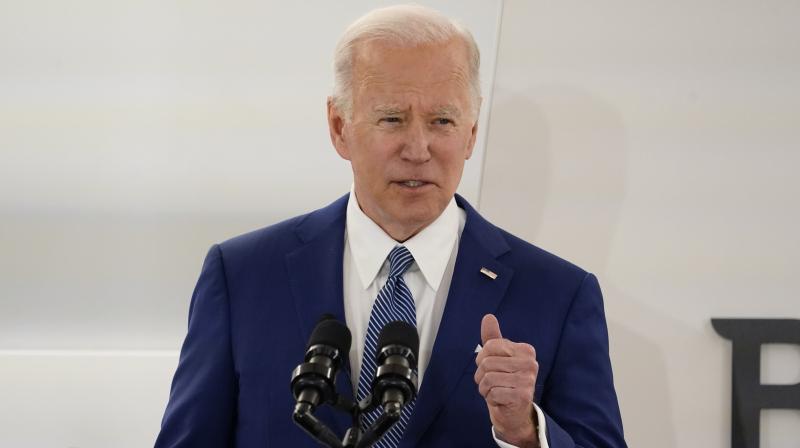 WASHINGTON: US President Joe Biden said Monday that it's "clear" Russia is considering the use of chemical and biological weapons in Ukraine and warned of a "severe" Western response if it chose to do so.

"His back is against the wall," said Biden of Russian President Vladimir Putin, noting that Russia has recently accused the United States of holding chemical and biological weapons in Europe.

"Simply not true. I guarantee you," he told a gathering of US business leaders in Washington.

"They are also suggesting that Ukraine has biological and chemical weapons in Ukraine. That's a clear sign he's considering using both of those," he said.

His warning echoed statements made by his administration earlier this month as well as other Western nations, after Russian officials accused Ukraine of seeking to hide an alleged US-backed chemical weapons program.

"Now that Russia has made these false claims... we should all be on the lookout for Russia to possibly use chemical or biological weapons in Ukraine, or to create a false flag operation using them," tweeted White House Press Secretary Jen Psaki.

Biden on Monday also reiterated that such an action would prompt a "severe" but so far undefined response from Western allies.

Putin "knows there'll be severe consequences because of the united NATO front," he said, without specifying what actions the alliance would take.