Death toll in anti-govt protests rises to 10 in Chile

This is first time since Chile's return to democracy in 1990 that government has declared a state of emergency for public disorders. 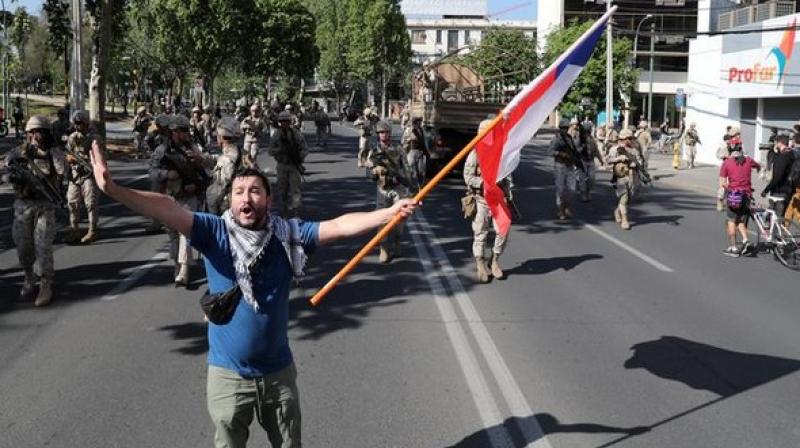 Authorities have imposed a second curfew over the past 24 hours taking into account the deteriorating law and order situation.

"First of all, we do this to protect people's lives. This is not an action against the citizens, these are not restrictions for the sake of restrictions ... I hope that starting from 7 pm [22:00 GMT], everything will be calm and we all will be home," Sputnik quoted the special presidential appointee for the national defence during the state of emergency, Javier Iturriaga as saying.

This comes after at least three people died in a fire inside a Santiago supermarket that was ransacked as violent clashes between protesters and security forces continued.

The protests that began against metro fare hike have widened to reflect anger over the living costs and inequality.

Over 700 people have been detained by the police for robbery, looting and other serious crimes.

The protests have spread to other cities across the country as well. In the capital, at least five subway stations and buses were set ablaze, while violent demonstrators looted supermarkets and pharmacies. Several groups have also called for a national strike on Monday.

Saturday's protests came despite Pinera issuing the fare-hike suspension on late Saturday and indicated that the army general in charge of security in Santiago might soon issue a curfew.

This is the first time since Chile's return to democracy in 1990 that the government has declared a state of emergency for public disorders in the capital.