Ahead of Rex Tillerson’s visit, US concerned over human rights violations in Pak

Human rights should be major topic in all bilateral discussions between US and Pak, says Congressman Sherman. 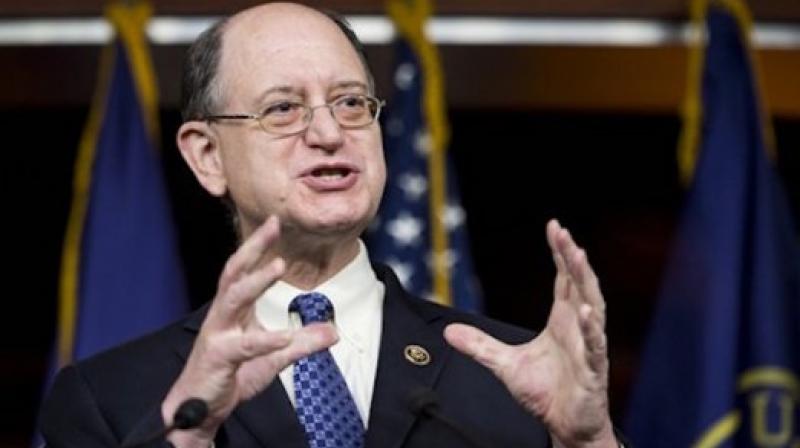 Washington: Two influential US law makers have expressed concern over human rights violations in Pakistan's Sindh province, saying disappearances of activists and other atrocities should be a major topic of conversation in all discussions between Washington and Islamabad.

In the past year, the UN Human Rights Committee, Amnesty International, Human Rights Watch, and the State Department's own Report on Human Rights have all noted serious concerns about extra-judicial and targeted killings and disappearances in Pakistan and, particularly in Sindh, Congressman Brad Sherman said. "Human rights abuses of this type cannot go unanswered,” he said.

Activists disappear under suspicious circumstances. It is our obligation to speak out and demand accountability," Sherman, the Ranking Member on the Asia and the Pacific Subcommittee and the founder and chair of the Sindh Caucus, said.

These disappearances and other violations of human rights should be a major topic of conversation in all bilateral discussions between the US and Pakistan, he said, ahead of the visit of US Defence Secretary James Mattis and Secretary of State Rex Tillerson to Islamabad in October.

At a news conference here, Sindhi Foundation alleged that there has been a spike in enforced disappearances of scores of human rights activists including the well-known leader of the Voice for Missing Persons of Sindh, Punhal Sario.

"I fully support your efforts to call attention to these abuses and to demand that they end. I urge Prime Minister (Shahid Khaqan) Abbasi to provide information on the whereabouts of Sario and other disappeared activists, and ensure their immediate release," Congressman Adam Schiff said.

Condemning abduction, torture and killing of writers, students and political activists in Pakistan, executive director of Torture Abolition and Survivors Support Coalition Leonce Byimana called upon the US government and other international rights groups to denounce the egregious human rights abuses taking place in Pakistan and take a stand against repressive regimes worldwide.

Hajan Kalhoro of the World Sindhi Congress alleged that Pakistani security agencies are responsible for these abductions, torture and killings in Sindh as well as Balochistan.

"The security agencies' modus-operandi is to abduct, torture and hold activists incommunicado for as long as they see fit. Later, activists are either killed and dumped on the roadside or released after they have been physically and psychologically traumatised," he said.

Nabi Bakhsh Baloch, the leader of the Baloch National Movement, told reporters that mass killings, torture and disappearances committed by Pakistani state security forces could not weaken the resolve of Sindh and Balochistan to become free nations.

Mumtaz Khan, representative of the struggle of Pakistan-occupied Kashmir (PoK) for rights and freedoms said, "enforced disappearances of political activists by Pakistani security forces are largely linked to the people's opposition to CPEC (USD 50-billion China-Pakistan Economic Corridor) and Chinese hegemony in the region".

Sufi Laghari, Sindh rights activist and founder of Sindhi Foundation, said that the state of Pakistan responsible for the enforced disappearances of youth should one day disappear from the globe as a country.