US military drone shot down over Yemen, Houthis claim responsibility

Houthi rebels have claimed that drone was shot down by its air defences. A Houthi spokesperson said that missile was ‘developed locally’. 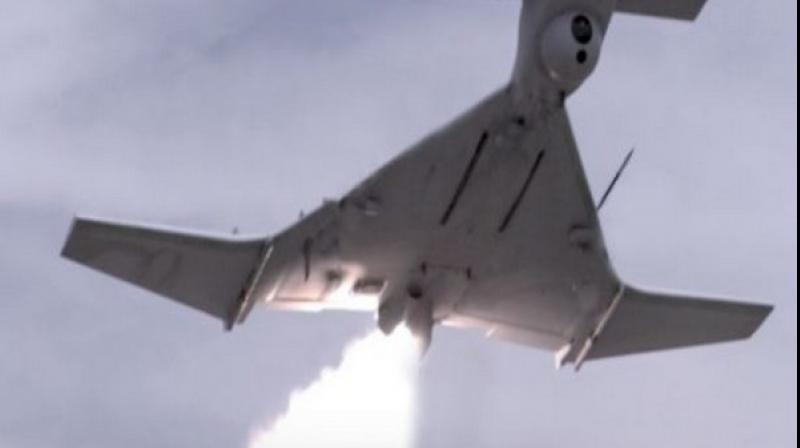 ‘The US believes that the missile was provided to Houthi rebels by Iran,’ an official said. (Photo: Representative)

Washington: A US MQ-9 drone was shot down by a surface-to-air missile in the south of Yemen's capital Sanaa on Tuesday, according to a US official.

"The US believes that the missile was provided to Houthi rebels by Iran," the official told CNN. The official said it was immediately unclear whether the drone was being operated by the US military or the intelligence community.

The Houthi rebels have claimed that the drone was shot down by its air defences. A Houthi spokesperson said that the missile was "developed locally".

The US official said the Donald Trump administration will publicly call out Iran for the incident.

In June, Iran had downed a US drone over the Strait of Hormuz which led to rising of tensions between both countries.

Iran had claimed that the drone had been flying over one of its southern provinces near the Persian Gulf while the US rejected the claims and termed Tehran's move as an "unprovoked attack".

The incident almost led to a US military strike with Trump later calling it off, saying it would lead to a high number of casualties which was not proportionate to shooting down the unmanned drone.

Ties between the US and Iran had already soured last year after Washington pulled out from the Joint Comprehensive Plan of Action (JCPoA) and reinstated sanctions on Tehran as part of its "maximum pressure" campaign.