China's close ally, Pakistan, is a Muslim country and one of the most powerful members of the OIC. 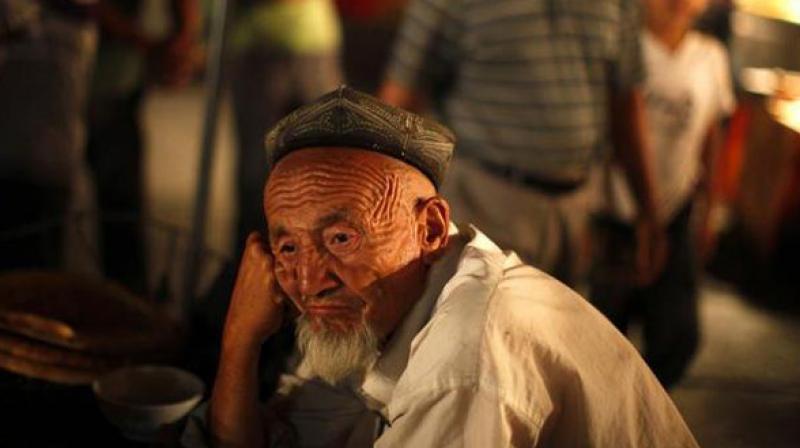 China's close ally, Pakistan, is a Muslim country and one of the most powerful members of the OIC.

Washington DC: While the United Nations has said that at least one million ethnic Uighurs and other Muslims have been detained in China, experts believe that neighbouring Pakistan has turned a blind eye to the human rights abuses in Xinjiang.

China's close ally, Pakistan, is a Muslim country and one of the most powerful members of the Organisation of Islamic Cooperation (OIC).

However, it has covered up the massive human rights abuses against followers of Islam in Xinjiang.

"I see the main reason...as the implementation of the China-Pakistan Economic Corridor (CPEC). Obviously, raising the question of the Uighurs domestically as well as internationally is perceived as provoking Beijing, which would have potential negative ramifications for the CPEC implementation," said Dr Siegfried O Wolf, the Director of Research at Brussels-based South Asia Democratic Forum (SADF).

"In this context, we should also expect that the Pakistani leadership does not want to raise the question in order to not stir further anti-Chinese sentiments in the country which are already increasing. This would further deteriorate the security situation of Chinese projects, workers, and companies," he added.

Wolf said that another factor is that Islamabad, especially its all-powerful military, wants to appease Beijing by ignoring the mistreatment of the Muslim communities in China.

This helps in shielding the deepening Pakistan-China bilateral ties in security and military-related matters, which find its most visible expression in the delivery of Chinese weapons and military hardware.

US Secretary of State, Michael Pompeo, also called China's treatment of Uighurs the "stain of the century". The State Department estimates that between 8,00,000 to two million Turkic Muslims, including Uighurs, are being held in internment camps that Beijing has called "re-education" centres.

The issue of Uighurs in Xinjiang is expected to be raised during Pakistan Prime Minister Imran Khan's meeting with the US Secretary of State on Tuesday.

Khan will be in the US from July 21 to July 23 on an official visit, during which he is also scheduled to meet US President Donald Trump.

Experts believe that Pakistan is hand-in-glove with China to cover up the massive human rights violations in Xinjiang.

Dusan Vejinovic, a Senior Research Analyst at the European Foundation for South Asian Studies (EFSAS) said, "The same way that China appears to maintain double standards on combating terrorism, manifested through the years-long postponement of the designation of Masood Azhar as a global terrorist, while simultaneously detaining 'preventatively' Muslims on alleged suspicions of Islamist radicalisation and terrorism, Pakistan follows the model of its patron, by playing a double standard in dealing with issues related to Muslims".

"Pakistan will sell its proxy war in Jammu & Kashmir as Jihad for their Muslim brothers, but totally deny any knowledge of the treatment of Uighurs by China," he added.

Wolf also said that Pakistan will attempt to continue its old tactic of playing a double game during Khan's visit to Washington.

"Until now Pakistan was known for supporting the 'US war against terror' but at the same time, it also supported the Taliban and other insurgent groups in Afghanistan which were fighting against the US troops, their allies and the Afghan government.

However, this version of the double game reduces significance among Pakistan security mindset with the reduction of the US troops in the country, the growing strength of the Taliban and the deepening of relations wherein China is substituting US financial aid," Wolf added.

"However, Pakistan's military knows very well that Chinese military hardware is not a match until now for US technology and capabilities in the areas of defence production. Furthermore, the top brass of the Pakistani army is also well aware that Chinese support is strictly limited when it comes to an armed confrontation with its arch-rival India. As such, the military looks for a diversification of its supplies for military equipment," he further said.

Wolf believes that Islamabad's stand on Iran, as well as the trilateral relations shared by Iran-Pakistan-China, could be used as a bargaining chip in talks with the US.

However, it is unlikely that the Uighurs will play any significant, severe role in the latest and upcoming conversations between Imran Khan and the US administration, besides some "lip service".