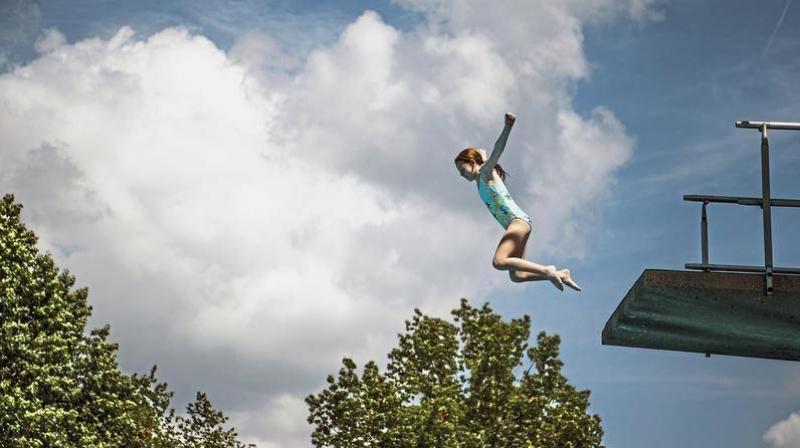 Heat is the deadliest of all weather phenomena, according to the weather service, and cities from Chicago to New York urged residents to seek refuge at cooling centers set up in locations ranging from libraries to shopping malls. (Representational Image)

New York: A gargantuan heat wave hunkered down over the central and eastern United States on Saturday, sending residents to cooling centers and inflicting on Washington a heat index of 106 degrees F (41 C) with even steamier conditions in the forecast.

"It's pretty hot right now from the Plains states all the way through the Mississippi Valley to the East Coast," said Alex Lamers, a meteorologist with the National Weather Service's Weather Prediction Center.

Heat is the deadliest of all weather phenomena, according to the weather service, and cities from Chicago to New York urged residents to seek refuge at cooling centers set up in locations ranging from libraries to shopping malls.

About 250 senior citizens returned home on Saturday a day after having to leave a retirement community in Philadelphia when a power failure disabled the air conditioners, forcing many of them into a shelter at West Philadelphia High School, said city spokeswoman Deana Gamble.

Night time temperatures have remained so high in the heat wave, which started midweek in the Midwest, that Rockford, Illinois, for the first time since 1918 matched its all-time record by failing to fall below 80 degrees F (27 C) on Friday.

"Heat stress tends to have a cumulative effect so if you're not recovering at night, especially if you don't have an air conditioning unit, you'll accumulate more heat stress," Lamers said.

"When it stays warm overnight, it provides a higher launch for temperatures the next day," he added.

Some outdoor activities, including the New York City Triathlon and a running race outside Washington, were cancelled. Others bent their rules to keep attendees cool and safe, including Yankee Stadium, which allowed fans to bring their own bottled water and shading umbrellas and offered hydration stations on all levels of the ballpark.

Sizzling temperatures were expected to persist through Sunday, but relief is in sight, Lamers said.

"A cold front north of us will start shifting south and by Sunday evening, it will make progress toward Boston, Pittsburgh, St. Louis. By Monday morning, it might be reaching Washington, Cincinnati with some rain and thunderstorms," he said.