Bush will be buried on the grounds of the George H.W. Bush Library, next to her daughter, Robin, who died of leukemia at the age of 3. 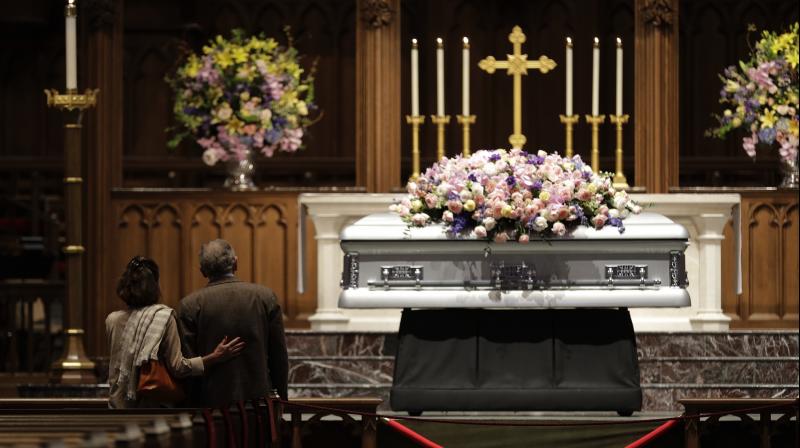 Hosuton: Several former US presidents and hundreds of mourners are expected to gather at a Houston church on Saturday for the funeral of former first lady Barbara Bush, who died on Tuesday at the age of 92.

Bush, the wife of the 41st president of the United States, George H.W. Bush, and the mother of the 43rd, George W. Bush, will be remembered at a service at St. Martin’s Episcopal Church, where she and her family have been members since the 1950s.

President Donald Trump is not expected in Houston.

Members of the public paid their respects on Friday, when Bush lay in repose at the church.

Following Saturday’s service, Bush will be buried on the grounds of the George H.W. Bush Library and Museum at Texas A&M University in College Station, next to her daughter, Robin, who died of leukemia at the age of 3.

Bush, who was married to her husband for 73 years, was known for her sharp tongue and fierce devotion to her family and enjoyed broad public popularity during her time in the White House.

Tags: barbara bush, us presidents, former first lady of us