Anti-Trump signs and banners were seen even early in the morning as thousands of his supporters made their way to the US Capitol. 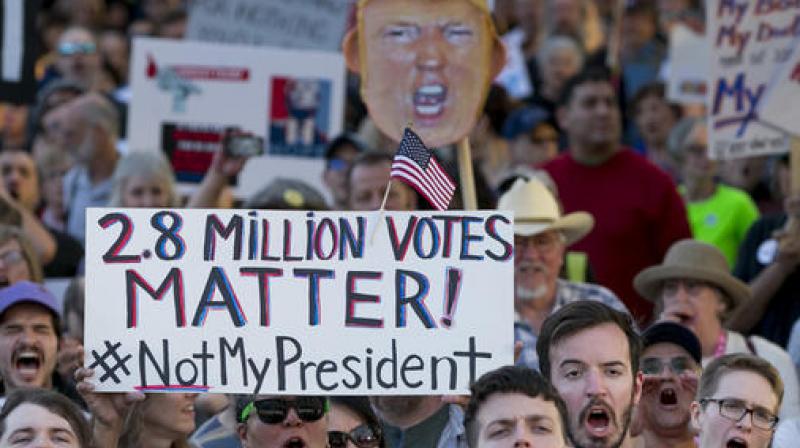 Washington: The District of Columbia police chief says 217 people have been arrested and charged with rioting and six officers suffered minor injuries during demonstrations against President Donald Trump.

Meanwhile, protesters in downtown Washington linked arms, facing off from the police line and chanting, “No Trump, No KKK, No Fascist USA.”

Metropolitan police have deployed streams of pepper spray against demonstrators marching along the streets of the nation’s capital — a disgruntled parallel to the ongoing inaugural parade.