Without education aid, no jobs for 800 million young people in 2030: UN envoy

Gordon Brown said if the required funding wasn’t found, ‘then millions of children will remain on the streets rather than in schools’. 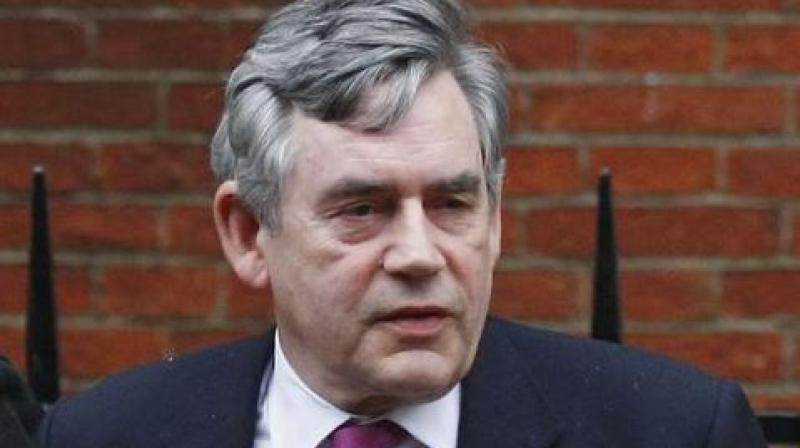 United Nations: The UN special envoy for education warned on Wednesday that years of neglect have left 260 million children out of school and another 400 million functionally illiterate " and if a better way isn't found to finance education more than 800 million young people will leave school without the skills to get a job in 2030.

Gordon Brown told a press conference that this represents half the world's 1.6 billion children.

If action isn't taken now, he said, the UN goal of ensuring that every child has a quality secondary school education by 2030 won't be met, even in 2050 or in 2100.

Brown proposed the creation of a new International Finance Facility for Education which he said would unlock nearly USD 10 billion annually for new investments in education and would help achieve the UN goal by 2030.

Under the proposed facility, he said developing countries will be asked to sign a compact with donors to raise the educational outcome for students to the level of the top 25 percent of best performing countries in the world, and to increase their investment in education from the current 4 percent average of national income to 5.8 percent.

In return, Brown said donor countries will raise the share of their aid budget earmarked for education from 10 percent to 15 percent and provide new guarantees to multilateral development banks enabling them to increase their support for education.

Brown explained that education aid at the moment amounts to about $12 billion annually, "so we're effectively trying to double education aid."

If the new facility could get USD 2 billion of guarantees from countries including current donors, and if they can back that up by USD 2 billion in grants "to buy down loans and convert them into credits," he said, "then we could ... increase education expenditure for that investment by about USD 9 billion to USD 9.5 billion a year."

Brown said if this kind of funding isn't found, "then millions of children will remain on the streets rather than in schools."

"And girls will be the majority of those who lose out on education, and in conflict zones the vast majority of children will not have the chance of education," he said.

Brown strongly backed a new inquiry on "Protecting Children in Conflict" sponsored by Save The Children and the children's charity Theirworld being announced this week at the United Nations.

It will look at the adequacy and effectiveness of existing international laws and their enforcement, and consider what may be done to strengthen them and bring the perpetrators of atrocities against children to justice, he said.

"We want to find out, for example, whether there's a case for an international criminal court for children's cases," he said.