Osama feared his sons could be injected with electronic chips: documents

Tracking down and killing the man behind the 2001 terrorist attacks on America is one of President Barack Obama's greatest accomplishments. 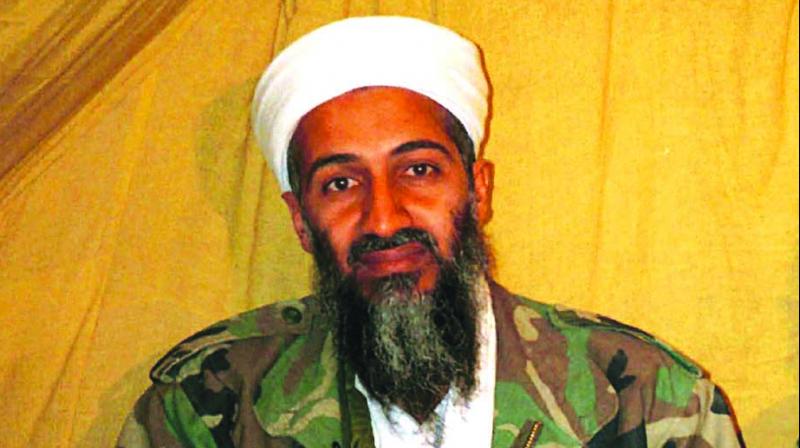 Bin Laden is responsible for orchestrating the 2001 terrorist attacks on the U.S. that killed nearly 3,000 people.

Washington: Months before his death, Osama bin Laden fretted about the Islamic State group's impatient, violent tactics and the fading of al-Qaeda, documents released by the CIA Thursday showed.

The latest release from the trove of documents found when Navy Seals stormed the al-Qaeda chief's secret Pakistan compound and killed him in 2011 show bin Laden trying to keep his jihadist followers around the world aligned in his war against the United States.

He also spent significant time trying to manage the handling of foreigners kidnapped by far-flung affiliates of his radical Islamic group.

And he showed a strong focus on affairs in his family's original homeland, Yemen, where a powerful new branch -- al-Qaeda on the Arabian Peninsula (AQAP) -- was having a strong impact.

One letter to AQAP founder Nasir al-Wuhayshi warns not to move too fast against the government because conditions were not yet right anywhere to form an Islamic state that could govern effectively and resist attacks from outside.

"Blood should not be shed unless we have evidence to show that the elements of success to establish the Islamic State and maintaining it are available or if achieving such goals is worthy of shedding such blood," he wrote.

"There might be a huge reaction that could drag us into a real war."

The documents -- which appear to date mostly from around 2010 -- some written by bin Laden and others on his behalf, show the al-Qaeda chief determined to keep his group's focus on the United States as its enemy.

"The Ummah's enemies today are like a wicked tree," he wrote, using the term for the world community of Muslims. "The trunk of this tree is the United States."

The letters also reveal that Anwar al-Awlaki, a US-born al-Qaeda cleric in Yemen, was a candidate to be named emir or chief of AQAP, with bin Laden asking for more biographical detail about him.

Bin Laden registered his doubts at the same time, noting that "here we trust the people after we send them to the front line and test them."

Awlaki, whose writings inspired numerous converts to the jihadist cause, was killed by a US drone strike in September 2011.

A letter written by one of his aides suggests bin Laden's rising frustration over his organization nearly a decade after the shock 9/11 attacks on the United States.

Bin Laden "talked about the fear of our organization ageing, and reaching decrepitude like other organizations," the letter said.

But the jihadist leader also had time for personal advice for al-Qaeda fighters in Northern Africa bound by "unfortunate celibacy" because of a lack of available wives.