For the last time, Barack Obama leaves the Oval Office

Obama had gone into the Oval Office to place a letter for President-elect Trump on the famed Resolute desk. 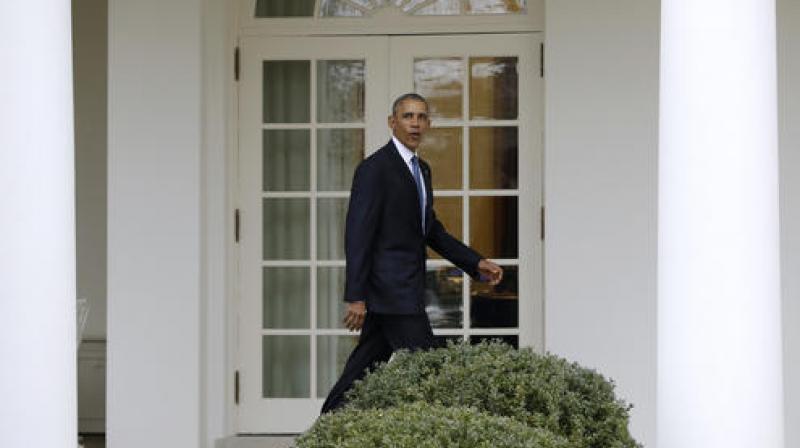 President Barack Obama walks from the Oval Office of the White House in Washington. (Photo: AP)

Washington: Outgoing US President Barack Obama on Saturday left the Oval Office for the last time, as he prepares for the inauguration of his successor Donald Trump.

Obama walked into the Oval Office holding a letter, which he placed on the Resolute desk - a 19th century desk used by many presidents.

It is customary for the outgoing president to leave a personal note for his successor. Obama was to have morning tea with Trump before they make their way to the Capitol for the inauguration ceremony.