'Honour Indian democracy, they have robust debate': US on Citizenship law

Officials, so far, has not confirmed or denied if the issue of religious freedom and human rights in India appeared during the 2+2 talks. 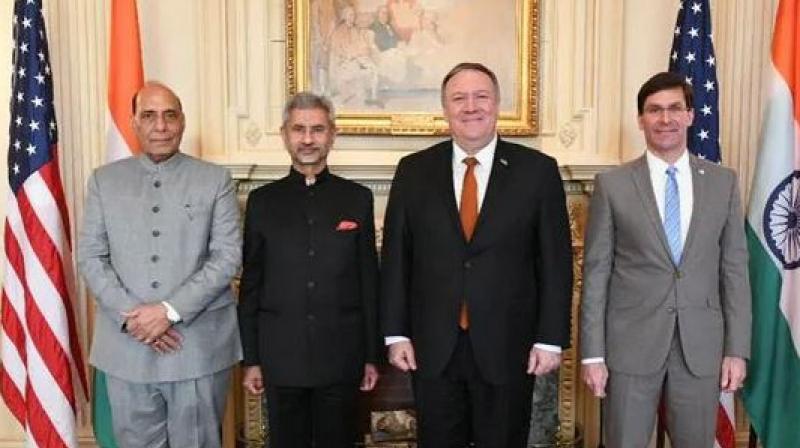 Washington: The United States honours Indian democracy as they have a robust debate inside the country on the issues like citizenship and religious freedom, a top American diplomat said Wednesday.

"We care deeply and always will about protecting minorities and religious rights everywhere. We honour Indian democracy as they have a robust debate on the issue that you raised," Pompeo told reporters at a news conference here at the conclusion of the 2+2 ministerial talks.

The top American diplomat was responding to a question on the protests by a section of society in India after the passage of the Citizenship Amendment Act, alleging that this is religiously discriminatory in nature.

"Mr Secretary, your State Department has been a very vocal advocate of religious rights around the world. Do you think it appropriate for democracy to use faith as a determining criteria for citizenship," he was asked.

"The question that you asked relating to India, if you had followed the debate on that particular legislation carefully, you would see that it is a measure which is designed to address the needs of persecuted religious minorities from certain countries," Jaishankar said in his response to the question.

"If you look at what those countries are and therefore what their minorities are, perhaps you understand why certain religions were identified in terms of characterising those who had come across," Jaishankar said.

Pompeo said the United States has been consistent in the way that it has responded to these issues, not only in India but all across the world.

Officials, so far, has not confirmed or denied if the issue of religious freedom and human rights in India appeared during the 2+2 talks.

In the past, the Secretary of States had raised the issue of human rights and religious freedom with their Indian counterparts in their bilateral meetings.