A woman in the ad says that 'white Democrats will be lynching black folk again.' 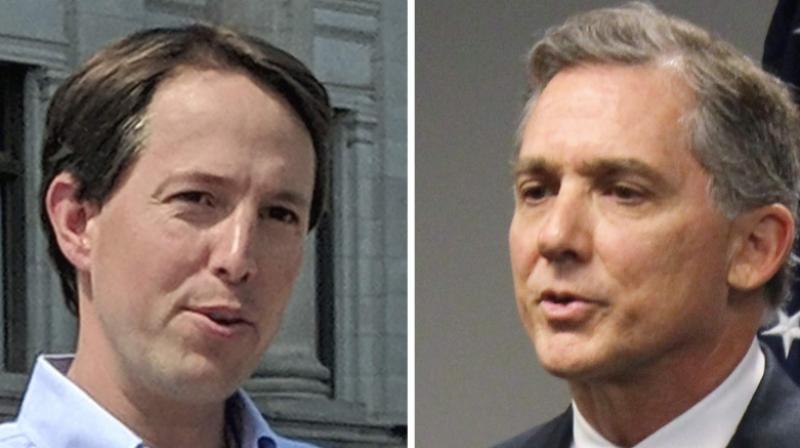 Little Rock: A Republican congressman in central Arkansas and his challenger on Thursday condemned a political action committee's radio ad that suggests white Democrats will lynch black Americans if they win the midterm election next month.

GOP Rep. French Hill criticized the ad from Black Americans for the President's Agenda, which invokes the accusation that Supreme Court Justice Brett Kavanaugh sexually assaulted a woman when he was a teenager.

A woman in the ad says that "white Democrats will be lynching black folk again."

"I'm voting to keep Congressman French Hill and the Republicans because we have to protect our men and boys," the woman in the ad says.

"I condemn this outrageous ad in the strongest terms," he said in a statement.

"There's no place in Arkansas for this nonsense." Vernon Robinson, the PAC's co-founder and treasurer, said the ad has been running in Little Rock.

He said the ad is part of a USD 50,000 buy that includes a similar spot running on stations in Missouri, where Republican Josh Hawley is trying to unseat Democratic Sen. Claire McCaskill.

The group had not coordinated the ad with Hill or spoken to his campaign about it, Robinson said.

Robinson did not immediately respond to an email Thursday night from The Associated Press asking if the group planned to pull the ad.

"Congressman Hill and his allies will have to live with the kind of campaign they're running.

This radio ad is disgraceful and has no place in our society," Tucker said in a statement.

"We won't let these shameful tactics distract us from why we're running, to stand up for the people in Central Arkansas on the critical issues in our lives, not just health care and good-paying jobs but also having some basic decency in our political process."

The North Carolina-based PAC was formed earlier this year and this week reported having about USD 52,507 cash on hand and USD 62,769 in debt.

Arkansas hasn't sent a Democrat to the US House since 2010, but Tucker is mounting a surprisingly competitive bid to unseat the two-term Hill.

Democrats are relying on a heavy turnout in Little Rock and its surrounding county, which is about 37 per cent black and 6 per cent Hispanic.