But the tariffs also target consumer products such as French wine, which Trump had vowed to attack in recent months. 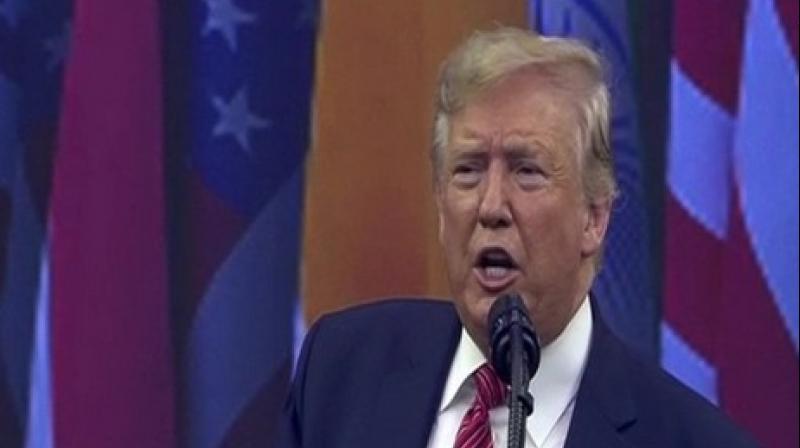 The United States imposed tariffs on a record USD 7.5 billion worth of European Union goods on Friday, despite threats of retaliation, with Airbus, French wine and Scottish whiskies among the high-profile targets. (Photo: File)

Washington: The United States imposed tariffs on a record USD 7.5 billion worth of European Union goods on Friday, despite threats of retaliation, with Airbus, French wine and Scottish whiskies among the high-profile targets.

The tariffs, which took effect just after midnight in Washington (0401 GMT), came after talks between European officials and US trade representatives failed to win a last-minute reprieve.

The WTO-endorsed onslaught from US President Donald Trump also comes as Washington is mired in a trade war with China and could risk destabilising the global economy further.

In the line of fire are civilian aircraft from Britain, France, Germany and Spain -- the countries that formed Airbus -- which will now cost 10 per cent more when imported to the US.

But the tariffs also target consumer products such as French wine, which Trump had vowed to attack in recent months. Wine from France, Spain and Germany will now face 25 per cent tariffs.

Speaking in Washington hours before the tariffs were due to come into effect, France's Economy Minister Bruno Le Maire warned the move would have serious repercussions.

"Europe is ready to retaliate, in the framework of course of the WTO," he told reporters shortly after meeting with US Treasury Secretary Steven Mnuchin on the sidelines of the International Monetary Fund annual meetings.

"These decisions would have very negative consequences both from an economic and a political point of view."

Le Maire was due to meet US Trade Representative Robert Lighthizer later on Friday.

He also warned the US against starting another front in its trade conflicts and again called for a negotiated solution.

At a time when the global economy is slowing, "I think that our responsibility is to do our best to avoid that kind of conflict," Le Maire said.

The Europeans have long advocated negotiation over conflict and they themselves will be able to impose tariffs next year to punish the United States for subsidising Boeing.

But EU officials had already offered in July to call a truce on subsidies for planemakers, in which both sides would admit fault and agree to curtail state aid -- to no avail. The two sides have been involved in a row over the subsidies for 15 years.

The tariffs kick in just days after the United States was given the formal go-ahead by the World Trade Organization.

As recently as Wednesday, Trump singled out the Europeans for being unfair with the US on trade, but said his door was open to negotiate a settlement.

The Europeans fear above all that Trump will impose heavy duties on imports of European cars around mid-November.

This would be a serious blow for the German automotive sector in particular, even if giants such as Volkswagen or BMW also manufacture in the United States.

"Our products are very hard to bring in (to Europe)" when Europeans easily import their cars into the United States, Trump said.

The Airbus-Boeing row is just one of several issues stoking transatlantic tensions that quickly descended into acrimony when Trump took office in 2017.

Trump embraced a protectionist agenda, slapping import duties on steel and aluminium from the EU and other allies, while also threatening tariffs on cars.

Trade groups in Europe such as winemakers, German tool manufacturers and whisky producers in Scotland have kept a clamour of protest, demanding Washington reverse tack.

The US leader and European Commission President Jean-Claude Juncker agreed in July 2018 to a ceasefire in the conflict to hold trade talks that have so far led nowhere.

The epic legal battle between Airbus and Boeing at the World Trade Organization began in 2004 when Washington accused Britain, France, Germany and Spain of providing illegal subsidies and grants to support the production of a range of Airbus products.

A year later, the EU alleged that Boeing had received USD 19.1 billion worth of prohibited subsidies from 1989 to 2006 from various branches of the US government.

The two cases were then tangled up in a legal quagmire, with each side being given partial vindication after a long series of appeals and counter appeals.