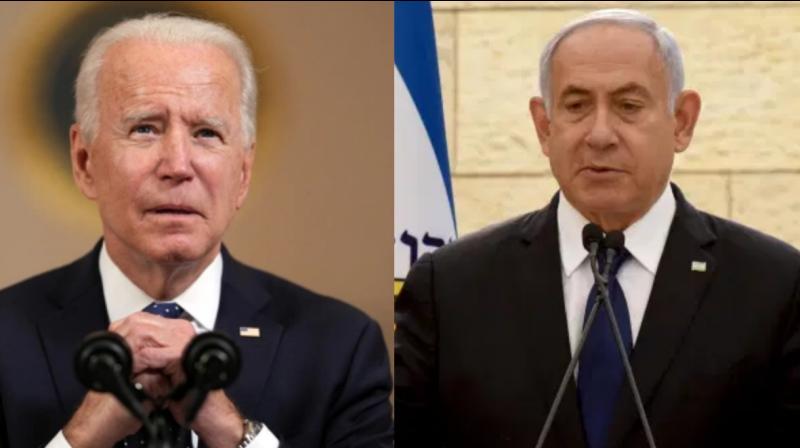 Washington: US President Joe Biden told Israeli Prime Minister Benjamin Netanyahu on Monday that he backs having a ceasefire in the bloody exchanges between Israelis and Palestinians, but he stopped short of openly demanding a truce.

In a phone call with the Israeli prime minister, "the president expressed his support for a ceasefire and discussed US engagement with Egypt and other partners towards that end," the White House said.

Biden has so far resisted joining other world leaders and much of his own Democratic party in calling for an immediate ceasefire in Israel.

In a statement, the White House said Biden reiterated what has been his main message so far: "his firm support for Israel's right to defend itself against indiscriminate rocket attacks."

Biden "encouraged Israel to make every effort to ensure the protection of innocent civilians," the statement said.

But the White House has steered clear of condemning any aspect of the ongoing Israeli military strikes, saying that the close US ally is justified in responding forcefully to Hamas rocket volleys.

Officials have suggested that more critical views are being relayed in private.