US: Charged with stalking student, Indian nuclear scientist to be deported

Indian consular officials in Houston said that he would be deported to India after court proceedings. 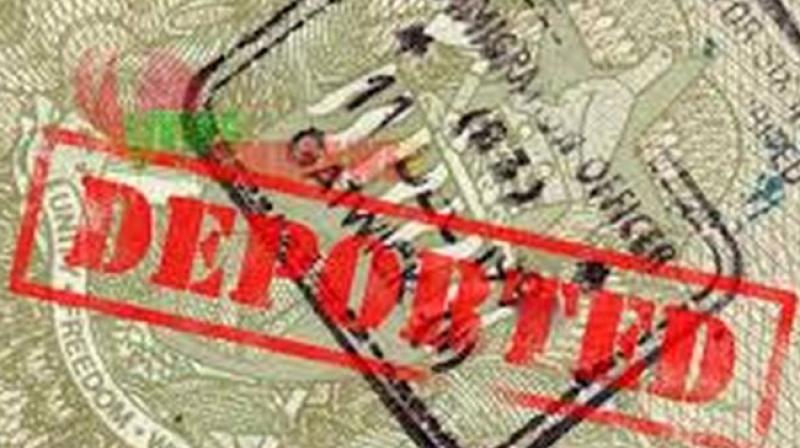 Bhardwaj's family wrote to the PMO, the ministry of external affairs and other arms of the government, requesting them to bring him back home after clearing all the charges. (Photo: Representational)

Meerut: An Indian nuclear scientist has been detained in Texas, United States, for repeatedly stalking and harassing a girl student. He was also charged with obstructing a police officer’s duty.

According to a report, the scientist, 38-year-old Tarun K Bhardwaj has been detained since December 29, 2016, but has claimed that he was not wrong in pursuing the girl from A&M University, Texas, as he liked her.

Indian consular officials in Houston said that Bhardwaj has been accused of similar charges previously and that he would be deported to India after court proceedings were complete.

Bhardwaj came to the US in 2007, after his PhD from Bhabha Atomic Research Centre. Bhardwaj was arrested several times between January and August 2015, while working as an assistant researcher at the university in College Station, Texas.

He even allegedly violated surety bonds signed by him, which were meant to deter him from harassing the girl. Moreover, he also illegally removed a GPS monitoring ankle band that he was directed to wear.

Bhardwaj’s family in Bulandshahr, UP, has alleged that he is a victim of ‘a racially-motivated conspiracy’. They also believe he has been framed by his peers who are jealous of his success and have written to the PMO, the ministry of external affairs and other arms of the government, requesting them to bring him back home after clearing all the charges.

His elder brother, Prasoon Bhardwaj said, “Tarun exposed corruption and racial discrimination there. He was then charged with sexual harassment and sacked in September 2015. He went to court and had been facing pressure to withdraw the case. When he didn't agree, he was arrested.”

However, government officials say this was the fifth time that he was detained “and every time he has been booked for harassing the same female student, which is a serious charge.” They also claimed that there are hundreds of Indian students and researchers at A&M University but there have been no reports of racial discrimination.