World   Americas  18 Apr 2017  North Korea says ready to react to 'any mode of war' from US
World, Americas

Pyongyang is seeking to develop a long-range missile capable of hitting the US mainland with a nuclear warhead. 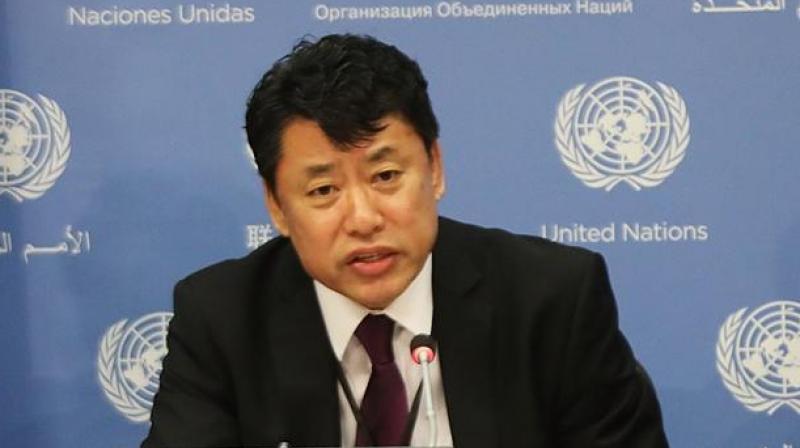 United Nations (United States): North Korea is preparing for "any mode of war" triggered by US military action, Pyongyang's envoy to the United Nations warned Monday, saying his country would respond to a missile or nuclear strike "in kind."

The statement from North Korea's deputy ambassador to the United Nations, Kim In Ryong, followed warnings from US Vice President Mike Pence to Pyongyang not to test US resolve.

"If the United States dares opt for a military action (...) the DPRK is ready to react to any mode of war desired by the Americans," Kim told a news conference at UN headquarters in New York.

"We will take the toughest counteraction against the provocateurs," he said. North Korea has taken "self-defensive" measures in response to US threats of military action and these reflect Pyongyang's determination to "counter nukes and ICBM in kind," Kim said, referring to intercontinental ballistic missiles.

Pence earlier told a news conference in South Korea that "the era of strategic patience is over" after North Korea on Sunday test-fired another missile and fears mounted that it may be preparing a sixth nuclear test.

Pyongyang is seeking to develop a long-range missile capable of hitting the US mainland with a nuclear warhead, and has so far staged five nuclear tests, two of them last year.

Kim also confirmed that a new nuclear test was under preparation, saying that the plans had been announced and that "it will take place."

US President Donald Trump's decision at the weekend to send the Carl Vinson carrier-led navy strike group to the Korean peninsula shows that the "US reckless moves for invading the DPRK have reached a serious phase," said Kim.

The North Korean deputy envoy asserted that Pyongyang would hold the United States "wholly accountable for the catastrophic consequences to be entailed by its outrageous actions."

The envoy criticized the US missile strikes that hit an air base in Syria last week, saying Washington was resorting to a "gangster-like logic" that its military action was proportionate and could apply to the Korean peninsula as well.

Trump on Monday said his message to North Korean leader Kim Jong-Un was: "Got to behave."

He urged North Korea to "take all the steps necessary to de-escalate the situation and return to dialogue on denuclearization."

US Secretary of State Rex Tillerson will next week chair a special meeting of the UN Security Council on North Korea.