Realising that he was not able to breathe, the crowd rushed the young man to a nearby clinic in a van. 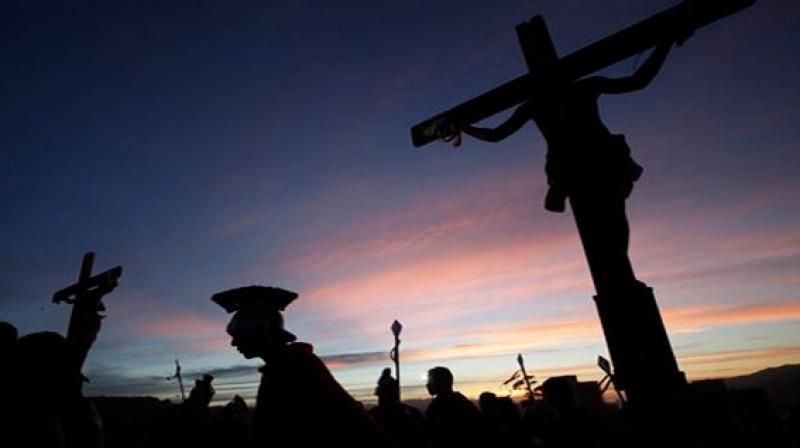 Mexico: During a celebration of Easter on Sunday, a 23-year-old man accidentally hanged himself while playing a role of Judas in a passion play in Mexico.

According to a report in Daily Mail, the incident that took place in the district of Barranquillas in Tancítaro, Mexico a young man slipped off a plinth during the play's Crucifixion scene of Jesus Christ on eve of Easter.

The witnesses in quick response tried to rescue the man who, had put a rope around his neck and then around a tree to stimulate being hung, accidentally hanged himself.

Realising that he was not able to breathe, the crowd rushed the young man to a nearby clinic in a van. However, the victim died of suffocation on his way to a hospital, witnesses said.

Horrified spectators were taken aback by the incident that happened during the final hours of Christ being recreated in the play known as the 'Viacrucis de Jesús'.

Discarding foul play or suicide, the police believe it was simply an unfortunate accident. However, the investigation is underway.