More US sanctions on Turkey if no ceasefire: US Treasury Secretary

The US withdrawal was seen as a green light from the White House for the Turkish offensive, creating a massive backlash for Trump. 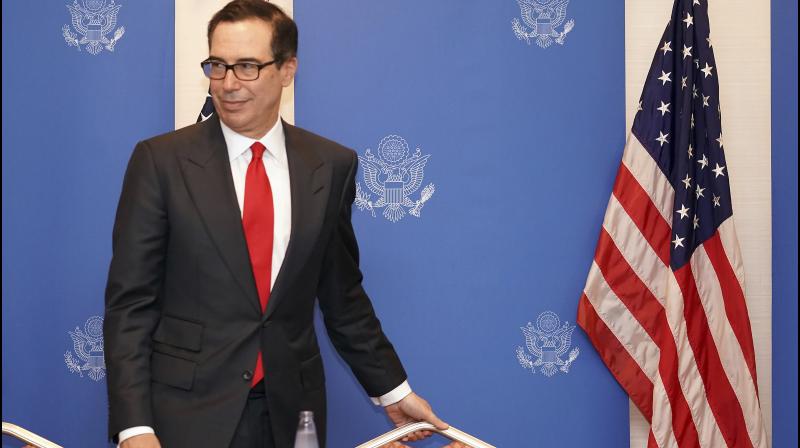 The United States is prepared to ratchet up economic pressure on Turkey if it does not agree to cease its offensive in northern Syria, US Treasury Secretary Steven Mnuchin said on Wednesday. (Photo: File)

Washington: The United States is prepared to ratchet up economic pressure on Turkey if it does not agree to cease its offensive in northern Syria, US Treasury Secretary Steven Mnuchin said on Wednesday.

Turkey has so far rebuffed international pressure to hold its fire against Kurdish forces in the war-torn Middle Eastern nation.

"Additional sanctions will be coming if they don't institute a ceasefire," Mnuchin told reporters on Wednesday, adding that Washington could target more Turkish ministries and industries.

"My expectation is that we are really focused on sanctions on Turkey and they will have the necessary impact," said Mnuchin. "We have very broad authority."

President Donald Trump denied giving Turkey a green light to invade Syria, insisting what he gave "was just the opposite of a green light." He also took on South Carolina Sen. Lindsey Graham after he criticized Trump's handling of the situation.

US Vice President Mike Pence left Washington on Wednesday for Ankara, where he is expected to demand a ceasefire.

But earlier on in the day Turkish President Recep Tayyip Erdogan dismissed US calls for a ceasefire, according to local media reports.

Erdogan also said Ankara was "not worried" about previously announced US sanctions.

Turkey last week began an operation to drive back Syrian Kurdish militants from northern Syria, after the US pulled 1,000 troops out of the area.

The US withdrawal was seen as a green light from the White House for the Turkish offensive, creating a massive backlash for Trump.

The American president meanwhile has sent mixed messages, at times threatening Ankara, and at others, suggesting the US had no role in the fight between Turkey and Kurdish militants.

Clashes have continued across the region, with Kurdish fighters in the border town of Ras al-Ain burning tires in a bid to blind Ankara's warplanes and digging in against a ground offensive by Turkish-backed Syrian rebels.