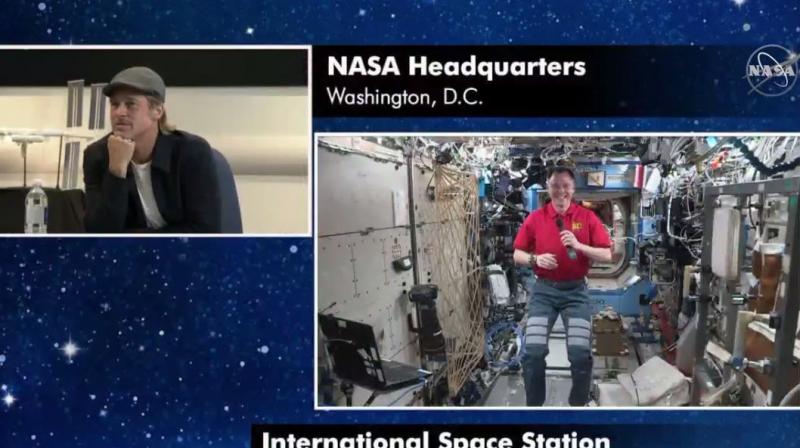 "The calluses on my feet have basically gone away because I don't walk on the bottoms of my feet," said Hague, who is currently living on the ISS with two other Americans, two Russians and an Italian.

"But now I have calluses across the top of my foot, around my big toe, because I'm constantly hanging on things with my big toe," he added.

The call, which was broadcast on NASA TV, was part of Pitt's promotional tour for his upcoming film "Ad Astra", in which he plays an astronaut sent on a dangerous mission at the edge of the solar system.

"It was really good," Hague replied.

Pitt then asked about the pace of life aboard the ISS (the astronauts work from 7:30 in the morning to 7:30 at night), who controls the music ("We take turns"), and if the astronauts had been able to watch the failed landing of the Indian moon lander ("No, unfortunately").

Finally, the actor called on Hague's extensive expertise to answer the most pressing question: "Who was more believable, Clooney (in the movie "Gravity") or Pitt?"

"You were," Hague said. "Absolutely."