The international community says, it is unacceptable that Pak has foreign policy that encourages extremists’ refuge on their soil. 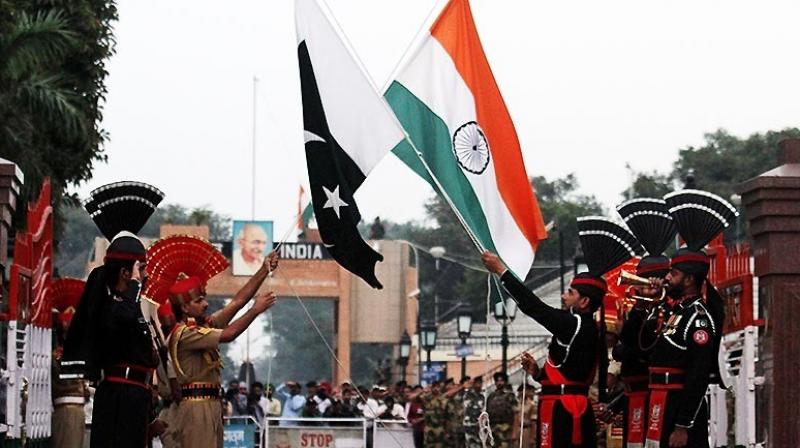 Pak says their support towards these Islamic organisations can prevent India’s involvement in Afghanistan and Kashmir. (Photo: AP)

New York: Nuclear-armed Pakistan, which is in the eye of the storm intentionally for giving militants and terrorists a base to operate from, some of them with the backing of the country's army, necessarily has to make a choice to change to ensure peace in South Asia.

According to a review of the book titled "Militants & Military: Pakistan's Unholy Alliance," published on the website nybooks.com, the international community finds it unacceptable that extremists have a refuge on Pakistani soil and that there is a foreign policy in place that encourages this at a time when that nation is in the throes of domestic political crises.

According to the review, "a power vacuum" has developed within what the weekly 'Friday Times' describes as the "Pakistani miltablishment" (i.e. ISI, the judiciary, bureaucracy and politicians), and this discordant and paralytic situation has allowed an army of Islamic extremists to impose itself across the national spectrum in a telling manner.

The recent blocking of major roads across Pakistan by the Tehreek-e-Labaik (TEL), or "Movement in Service to the Finality of the Prophet", is reflective of this "power vacuum."

According to the book review, this entire episode was nothing more than a "well-rehearsed drama" so that both the civilian government and the Pakistan Army capitulate and accept all demands of the militants under guarantee from the ISI.

The fiasco in Islamabad has also brought to surface another concern-growing sectarianism among Islamist groups. The TEL, for instance, are Barelvis (the largest Sunni sect in Pakistan), and their brand of militancy that was till now a fringe phenomenon has become more extremist with passage of time.

According to the review, the Pakistan Army is also resurrecting and rehabilitating extremist groups used by past dictators Generals Zia-ul-Haq and Pervez Musharraf, and now is allowing them to enter the political space.

The strategic reasoning being put forth is that by supporting these elements, Pakistan can prevent India's involvement in Afghanistan and reduce the latter's role in Kashmir.

Questions are being raised by the public about the army's "geopolitical engineering" attempts, 'with some saying that admitting extreme Islamists into the Pakistan electoral process, could pave the way for an even more deadly cycle of violence. For Pakistan, says the review, the future indeed looks grim.