Jack Phillips grabbed headlines in June after US SC, in bombshell decision, partially ruled in his favor in case involving same-sex couple. 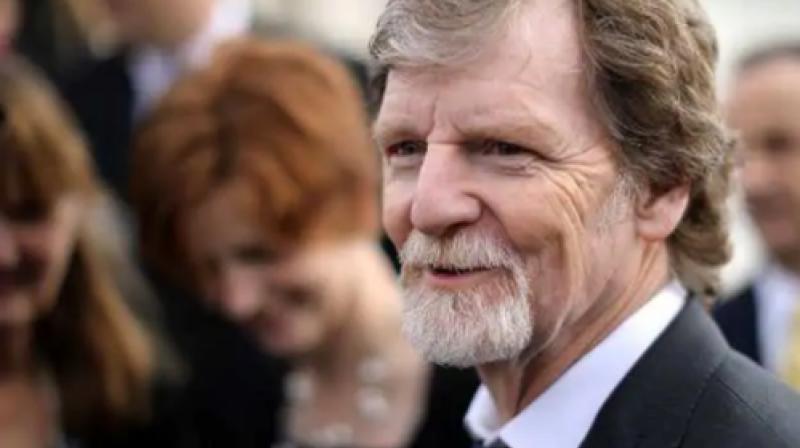 Jack Phillips, the owner of Masterpiece Cakeshop in the suburbs of Denver, filed a lawsuit against the state on Tuesday claiming that his rights to freedom of speech and religion were being violated. (Photo: AFP)

Los Angeles: A Colorado baker who gained notoriety for refusing to make a wedding cake for a gay couple is headed for a new showdown with the state, this time over a birthday cake for a transgender woman.

Jack Phillips, the owner of Masterpiece Cakeshop in the suburbs of Denver, filed a lawsuit against the state on Tuesday claiming that his rights to freedom of speech and religion were being violated.

Phillips grabbed headlines in June after the US Supreme Court, in a bombshell decision, partially ruled in his favor in the case involving the same-sex couple.

The justices voted 7-2 that the Colorado Civil Rights Commission had displayed anti-religious hostility towards Phillips, thus violating his constitutional rights.

The court, however, did not address the issue of whether a business can decline to serve gays and lesbians on religious grounds.

The new case involves Autumn Scardina, an attorney who ordered a cake with a pink interior and blue exterior in June 2017 to celebrate her birthday as well as the seventh anniversary of her transition from male to female.

Scardina filed a complaint with the state Civil Rights Commission after being told Phillips could not fill the order because of his religious beliefs.

State authorities in June of this year said there was sufficient evidence to support Scardina's claim of discrimination and urged both parties to reach an amicable resolution.

Phillips in his lawsuit -- which is likely to stoke the debate over religious freedom and LGBT rights -- argues that he is being unfairly targeted by the state because of his religious beliefs.

"The Constitution stands as a bulwark against state officials who target people -- and seek to ruin their lives -- because of the government's anti-religious animus," the lawsuit states.

"For over six years now, Colorado has been on a crusade to crush Plaintiff Jack Phillips... because its officials despise what he believes and how he practices his faith."