US Presidential hopeful a hacker in his teenage years?

Democratic presidential candidate Beto O'Rourke belonged to one of the best-known groups of computer hackers as a teenager. 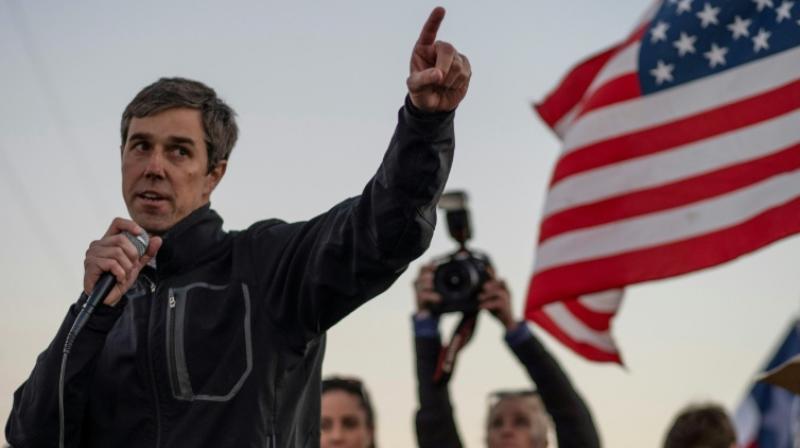 The Reuters article marks the ex-congressman as the most prominent former hacker in American politics. (Photo:AFP)

San Francisco: Democratic presidential candidate Beto O'Rourke belonged to one of the best-known groups of computer hackers as a teenager, Reuters revealed today.

In an exclusive interview with this reporter for a forthcoming book about the group, the former US congressman from Texas confirmed that as a youth in El Paso, he belonged to the hacking group known as the Cult of the Dead Cow.

He also acknowledged that, during those teenage years, he stole long-distance phone service to participate in electronic discussions. Others in the group committed the same offense and got off with warnings; the statute of limitations ran out long ago.

In the group, O'Rourke wrote online essays under the pseudonym "Psychedelic Warlord" that could provide fodder for political supporters and foes alike. One mocked a neo-Nazi, while another was a short piece of fiction from a killer's point of view.

The Reuters article marks the ex-congressman as the most prominent former hacker in American politics. It draws on interviews with more than a dozen members of the group who agreed to be named for the first time in the book, titled "Cult of the Dead Cow: How the Original Hacking Supergroup Might Just Save the World."

There is no indication that O'Rourke himself engaged in the edgiest sorts of hacking activity - breaking into computers or writing code that enabled others to do so. After his active period in the late 1980s, the group became famous for releasing tools that allowed ordinary computer users to hijack other people's machines.

Though it was controversial, the resulting chaos forced Windows maker Microsoft to dramatically improve security.

For O'Rourke, the long-suppressed tale fills out an unusual portrait for a presidential aspirant. Born to a prominent El Paso family and sent to a boarding school and an Ivy League college, O'Rourke felt a misfit as a youth and played in a punk band before starting a small technology business and an alternative press outlet, launching him into local politics.

The few technology professionals let in on O'Rourke's secret said it showed a deep understanding of technology and a healthy willingness to challenge traditions, attributes that O'Rourke stressed in his interview.

"There's just this profound value in being able to be apart from the system and look at it critically," O'Rourke said. "I think of the Cult of the Dead Cow as a great example of that."