March in Argentina by trade-union breaks into violence 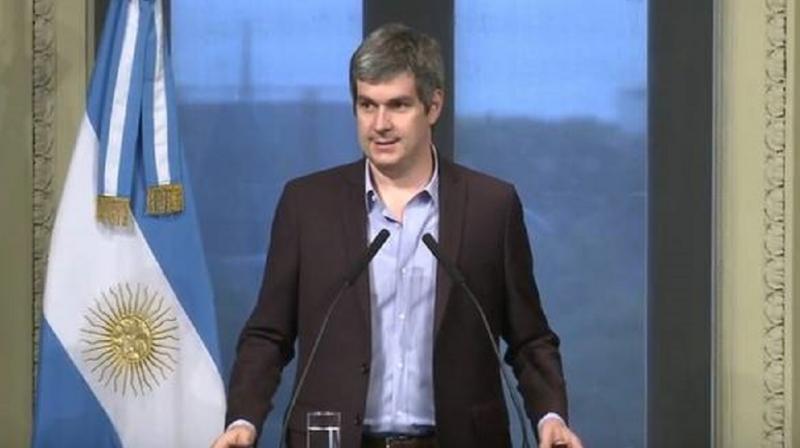 Cabinet chief Marcos Pena accuses the opposition of inciting the violence, saying: 'We saw the clear search for violence, first in the street and then on the premises itself.' (Photo: AFP)

Buenos Aires: A trade union-organized march in Buenos Aires descended into violence Thursday, with thousands of protesters clashing with police as they demanded lawmakers reject a controversial pension reform plan.

Military police used water cannons, tear gas and rubber bullets against demonstrators, who threw stones and burned barricades made of rubbish outside the doors of Argentina's congress.

Cabinet chief Marcos Pena accused the opposition of inciting the violence, saying: "We saw the clear search for violence, first in the street and then on the premises itself."

But the General Labor Confederation, the country's main trade union, pointed the finger at the government, blaming it for the "militarization of the surroundings of the congress."

Inside the legislature, the unrest forced the postponement of the vote, as opposition lawmakers cried out for the debate to be suspended.

"We cannot sit in session with this violence," said Elisa Carrio, National Deputy for Buenos Aires and leader of the social liberal Civic Coalition ARI party.

The debate was supposed to take place next week to allow parliamentary committees the chance to analyze the issue -- but the ruling party on Wednesday forced its acceleration into the lower Chamber of Deputies, sparking fury from the unions.

If passed, President Mauricio Macri's reform will play an important part in cutting Argentina's fiscal deficit, with expected savings of 100 billion pesos (USD 5.6 billion). The government needs to cut the deficit by 4.2 per cent in 2017.

The opposition argues reform would negatively impact some 17 million retirees, as it would change the formula used to calculate benefits, adjusting payments quarterly taking only the official inflation index into account.

As it stands, the Argentinian retirement system guarantees those who contribute to it 80 per cent of their wages for 30 years, with limits for the highest salaries. Since 2009, retirees have received automatic increases every six months.

Pena insisted during a press conference that the reform "is a good law," and accused the opposition of inciting the violence.

Pena also denied that pensions are being reduced, and said "the five per cent increase in real terms above inflation is guaranteed."

Constitutional experts have warned that if the reform is passed in its current form, hundreds of lawsuits may be filed against the state for violating constitutional principles.