US urges sustained sanctions pressure on North Korea over denuclearisation 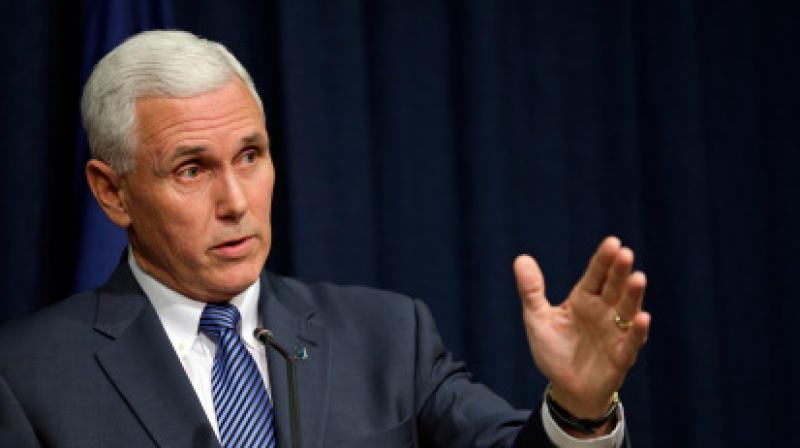 US officials insist on the final, fully verified denuclearisation of the Korean peninsula before sanctions are lifted. (Photo: File | AP)

US President Donald Trump and North Korean leader Kim Jong Un held a historic summit in Singapore earlier this year, signing a vaguely worded deal on denuclearisation. But there has been little progress since, with the two countries sparring over the exact meaning of the agreement.

The isolated, impoverished North is under heavy sanctions imposed over its atomic weapons programme, which it has pursued in violation of UN resolutions.

Washington insists they must be maintained until the North denuclearises.

But US officials acknowledge enforcement of the sanctions by the North's traditional trading partners China and Russia has eased.

Meanwhile, Seoul has said it is mulling lifting its own measures against Pyongyang.

In remarks at the opening of a meeting with Southeast Asian leaders, Pence said America's regional "partnership also includes our pressure campaign regarding" the North.

"We will very much be talking about the need to maintain the pressure programme," a senior US official said.

"It is what got Kim Jong Un to the table. It is incredibly important that the pressure stays on."

US officials insist on the final, fully verified denuclearisation of the Korean peninsula before sanctions are lifted.

The North has rejected demands for what it calls "unilateral" disarmament, and has instead sought unspecified reciprocal US measures in a gradual process.

It has also called for sanctions to be eased as a reward for coming to the table, warning Washington's stance is undermining confidence.

While Trump has struck an optimistic tone in public, there are indications Pyongyang is not moving quickly enough towards abandoning its nuclear weapons.

Trump has skipped this week's Singapore summit, the biggest annual meeting of the 10-country Association of Southeast Asian Nations, raising new questions about US commitment to Asia.

Taking his place, Pence insisted America's commitment to the region was "steadfast and enduring".

"In all that we do the United States seeks collaboration not control," he said at the meeting with Southeast Asian leaders.

He also took a swipe at Beijing, whose growing assertiveness in the South China Sea has long been a source of friction with rival claimants in Southeast Asia and the United States.

"Empire and aggression have no place in the Indo-Pacific," Pence said.

"We stand shoulder-to-shoulder with you for freedom of navigation and our determination to ensure your nations are secure in their sovereign borders, on land and at sea."

Beijing claims almost the entire South China Sea, even areas approaching the coastlines of other countries, and has been establishing military installations on disputed outcrops.

After Singapore, Pence is heading to Papua New Guinea for a summit of the Asia-Pacific Economic Cooperation forum.