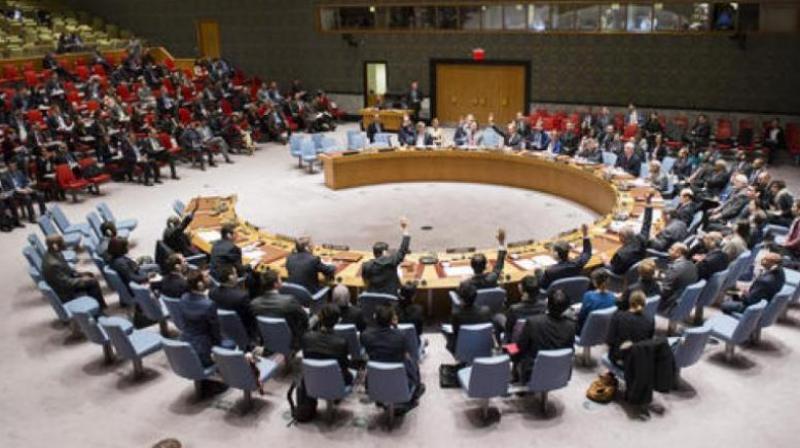 United Nations: The United Nations Security Council overwhelmingly rejected a US resolution to extend an Iranian arms embargo on Friday, in a move with huge repercussions for the Iran nuclear deal.

Only two of the Council's 15 members voted in favour, highlighting the division between Washington and its European allies since President Donald Trump withdrew from the nuclear accord in May 2018.

The result increases the likelihood that the US will try to unilaterally force a return of UN sanctions, which experts say threatens to plunge the Council into one of its worst-ever diplomatic crises.

"The Security Council's failure to act decisively in defense of international peace and security is inexcusable," US Secretary of State Mike Pompeo said in a statement.

The embargo on conventional arms is due to expire on October 18 under the terms of a resolution that blessed the Iran nuclear deal, signed in July 2015 and officially known as the Joint Comprehensive Plan of Action (JCPOA).

Under the deal, negotiated by then US president Barack Obama, Iran committed to curtailing its nuclear activities for sanctions relief and other benefits.

Since Trump pulled out and slapped unilateral sanctions on Iran under a campaign of "maximum pressure," Tehran has since taken small but escalating steps away from compliance with the nuclear accord as it presses for sanctions relief.

European allies of the United States -- who, along with Russia and China, signed the deal with Iran -- have voiced support for extending the 13-year-long conventional arms embargo, saying an expiry threatens stability in the Middle East.

However, their priority is to preserve the JCPOA.

The US text, seen by AFP, effectively called for an indefinite extension of the embargo on Iran, which diplomats said would threaten the nuclear agreement.

Iran says it has the right to self-defense and that a continuation of the ban would mean an end to the nuclear deal.

Pompeo announced that members had failed to back the proposal around 30 minutes before Indonesia, the current president of the Security Council, announced that the official results included two votes against and 11 abstentions.

Russia and China opposed the resolution.

Ambassador Gunter Sautter of Germany, which abstained, said "more consultations are needed" to find a solution that is acceptable to all council members.

During a call between Trump and French President Emmanuel Macron, the leaders "discussed the urgent need for UN action to extend the arms embargo on Iran."

Earlier Friday, Russian President Vladimir Putin called on China, France, Russia, Britain, the United States, Germany and Iran to convene an emergency video summit to avoid an escalation of tensions in the Gulf.

The United States has threatened to try to force a return of UN sanctions if it is not extended by using a controversial technique called "snapback."

Pompeo has offered the contested argument that the United States remains a "participant" in the nuclear accord as it was listed in the 2015 resolution -- and therefore can force a return to sanctions if it sees Iran as being in violation of its terms.

European allies have been skeptical on whether Washington can force sanctions and warn that the attempt may delegitimize the Security Council.

"The period before the expiry of restrictions should be used to consider, in good faith, all diplomatic options," she said.

Nevertheless, the US is expected to deliver the snapback letter next week, AFP understands.

Analysts suspect that Washington purposefully put forward a hardline draft that it knew Council members would not be able to accept.

"The fact is that everybody at the UN believes this (resolution) is just a prelude to a US effort to trigger snapback and sink the Iranian nuclear deal," Richard Gowan, a UN expert at the International Crisis Group, told AFP.