World   Americas  15 May 2019  The untold story of the Navy plane that drew a ‘giant penis’ in the sky
World, Americas

Two junior pilots, belonging to Electronic Attack Squadron, reportedly had a good chunk of time on their hands after a training session. 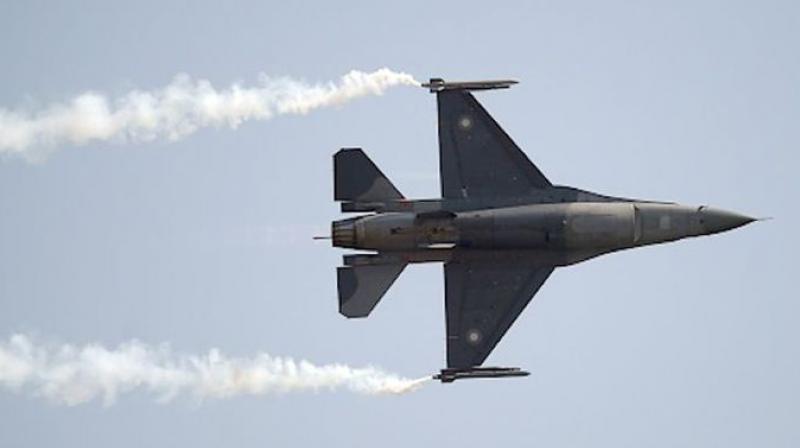 When their sensation was completed, the pilots flew some distance further away to take a good look at it and laugh. (Photo:AP)

Washington: For almost two years, little was reported and said about the outrageous “sky penis” – which was scrawled across Washington’s airspace using the exhaust from a navy jet.

Applauded and cherished by some and declared childish by few, the illustration over the Okanogan Highlands prompted a full inquiry into the unit in question. Credit to Navy Times and The Washington Post we finally have insights from the creators themselves.

The publication filed a request under Freedom of Information Act and obtained plenty of details regarding the phallic affair, which allegedly was due to boredom and later led to sheer regret.

Two junior pilots, both belonging to Electronic Attack Squadron 130, reportedly had a good chunk of time on their hands after a training session on November 16, 2007. They even noticed that their EA-18G Growler jet was emitting particularly strong contrails. 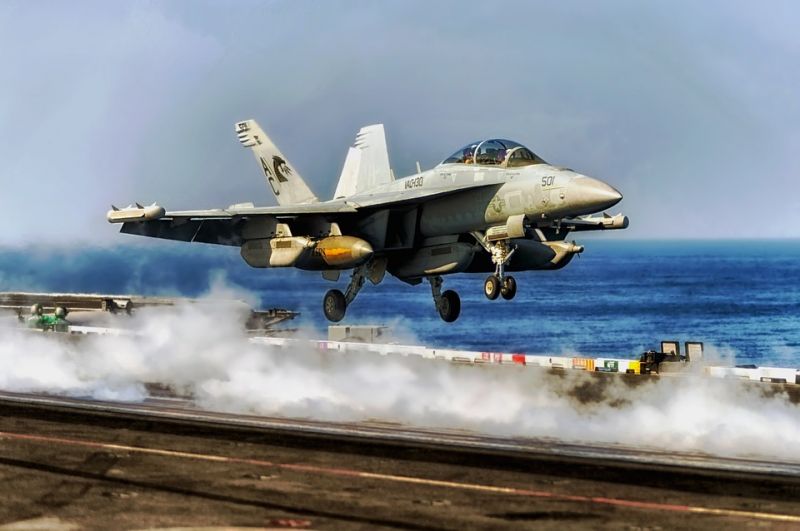 “Navy aviation continually strives to foster an environment of respect and dignity,” Shoemaker wrote in a statement that time. (Photo:AP)

What happened next is best narrated by the officers themselves; their casual not-safe-for-work exchange was picked up by the cockpit’s video recording system and published by Navy Times.

“Let’s draw a giant penis, wouldn’t that be awesome?” the electronic warfare personnel sitting in the back seat said to the pilot. “You should totally try to draw a penis.”

“Yes, I could definitely draw one; that would be easy,” responded the pilot. “I could draw an eaight (8), turn around and come back. I am going to go down, grab some speed and hopefully get out of the contrail layer to make sure they are not connected to each other.”

The pilot further went on saying: “Dude, this would be so funny. Airliner’s coming back on their way to Seattle, just this big, giant penis. We could even draw a vein in the middle of it, too.”

They worked out the logistics of their drawing in real quick time, displaying skilful aeriel artistry despite accepting the fact that some of the penis’s features will be distorted.

When their sensation was completed, the pilots flew some distance further away to take a good look at it and laugh. They even clicked pictures of their work, according to the Navy Times.

“Oh yesss, that was amazing,” said the pilot. “This is very obvious.”

His cockpit partner agreed, stating, “That’s a big one. . . Dude, I’m amazed that we actually pulled this off.” 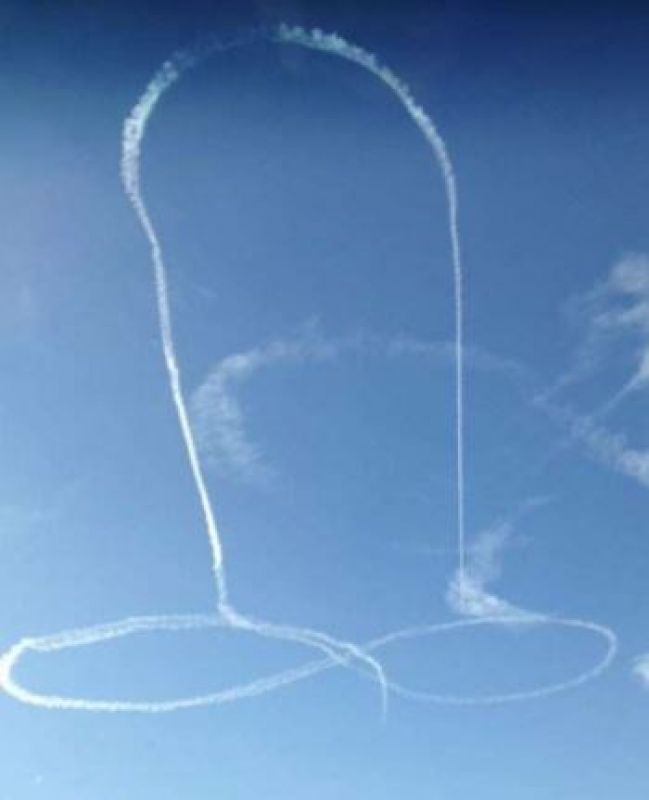 But the overjoyed lieutenants suddenly realized they had a problem: Their artwork was lingering longer than they expected. The pilot would later acknowledge about his failed venture to “scribble it out” with more contrails. The squads executive officer soon learned of this distasteful event. His disappointment was further matched by their commanding officers, who were fuming, reported the Navy Times.

The executive officer wrote whether the pilots had any idea what the consequences of their actions would be. The squadron swiftly issued an alert to the Office of Naval Operations Chief, warning them about the contrails in the air depicting a derogatory symbol when viewed from the ground.

As pictures of the penis taken from the ground circulated and went viral, Vice Adm. Mike Shoemaker decided to look into the matter.

“Navy aviation continually strives to foster an environment of respect and dignity,” Shoemaker wrote in a statement that time. “Immature acts of sexual and obscene nature have no place in Naval aviation today.”

The two culprits responsible were not identified in the report, and it was not immediately clear what disciplinary charge they faced. An inquiry submitted to the Navy’s public affairs division was also not returned.

An investigator wrote in the report that the lieutenants’ actions were “crude, immature and unprofessional.” But the investigation determined that the incident was further left untouched.