State of emergency declared in El Salvador over Covid19 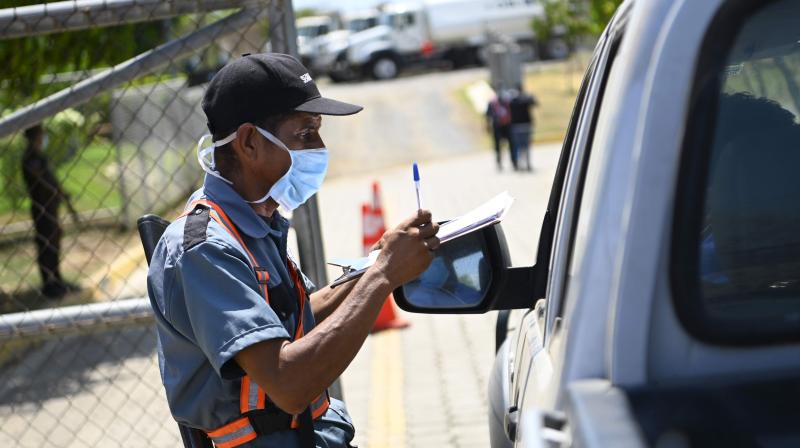 A guard checks the main entrance of a state shelter where passengers suspected of been infected with Coronavirus are quarantined as a preventive measure in the face of the global COVID-19 coronavirus pandemic. AFP Photo

San Salvador: El Salvador's congress has declared a state of emergency and approved a partial suspension of the country's constitution to tackle the coronavirus epidemic.

The measures include a restriction on free movement and assembly for a period of 30 days, allowing health officials to ban public gatherings.

"We have given the government legal mechanisms to deal with this serious health situation," congressional president Mario Ponce said after Saturday's vote.

El Salvador has yet to record a confirmed case of the COVID-19 outbreak.

On Wednesday the country banned entry to all foreigners for three weeks and imposed mandatory 30-day quarantines for citizens returning from abroad.