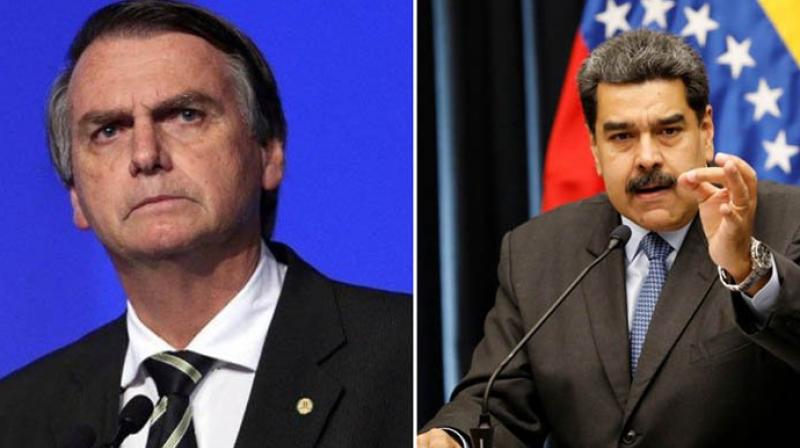 Jair Bolsonaro also has accused Maduro of being a dictator (Photo: File)

Maduro was delivering his annual address to the Constituent Assembly, four days after he was sworn in for a highly-controversial second term. He and Bolsonaro have been exchanging barbs since the Brazilian won elections at the end of last year.

"Bolsonaro is a modern day Hitler. He is. What he doesn't have is courage and his own decisions because he's the puppet of a sect," said Maduro, referring to Bolsonaro's conservative evangelical Christian support base.

Bolsonaro has accused Maduro of being a "dictator" and described him as illegitimate when the Venezuelan leader was sworn in on Thursday. Maduro won an election in May that was boycotted by the opposition and dismissed as a fraud by the United States, European Union and many Latin American countries.

Maduro then created the Constituent Assembly to replace the National Assembly. Brazil's foreign ministry said it recognized the original legislature as Venezuela's "democratically elected" body with "executive authority." Its president, Juan Guaido, has said Venezuela's constitution allows him to assume power and set up a "transitional government" ahead of new elections, but Maduro retains the support of the military high command.