Hobson died Tuesday and her death was ruled natural and there was no crime suspected in it, according to Scottsdale police. 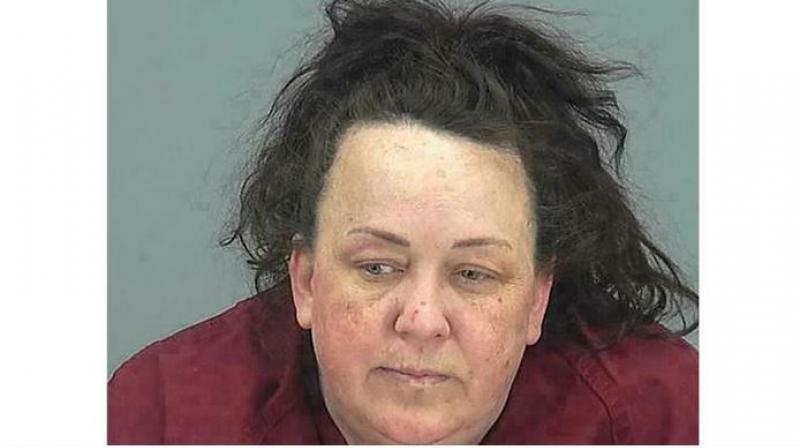 Hobson, 48, had been accused of starving her children and using pepper spray to punish them when they didn’t perform to her liking in the skits that garnered thousands of online views. (Photo: AP)

Phoenix: An Arizona woman accused of abusing her adopted children who starred on her popular YouTube channel has died, authorities said Wednesday.

Maricopa Police Department spokesman Ricardo Alvarado said Machelle Hobson died Tuesday at a Phoenix-area hospital. Her death was ruled natural and there was no crime suspected in it, according to Scottsdale police.

Hobson, 48, had been accused of starving her children and using pepper spray to punish them when they didn’t perform to her liking in the skits that garnered thousands of online views.

She had been hospitalized with “extreme health issues” at the end of May and released from jail custody on June 12 because of her diagnosis, Pinal County Sheriff’s Office spokeswoman Lauren Reimer said in a statement. Authorities said she hadn’t been hospitalized since then, but it’s not known where she was before she was admitted again.

A judge in August declared Hobson incompetent to stand trial, the Arizona Republic reported. Hobson’s criminal case was on hold while authorities worked to restore Hobson to competency to stand trial.

Authorities have said Hobson locked up children in a closet for days without food, water or access to a bathroom.

Episodes featured skits about children stealing cookies and a boy with superpowers.

The Pinal County Attorney’s Office, the agency prosecuting Hobson, did not respond to requests for comment from The Associated Press. But county attorney Kent Volkmer said in a news conference that he was saddened by the death, according to the Maricopa Monitor. He said he wasn’t able to elaborate on Hobson’s medical condition.

Volkmer said that while prosecutors were looking forward to proving the case against Hobson, he was glad the kids don’t have to go through trial.

“The only way that we could have proven these charges is these children would have been required to testify under oath in front of the jury, in front of the world. Because of the resolution of this case, these kids don’t have to testify. They now can begin the healing process,” Volkmer said.

Volkmer said his office was able to seize some of the earnings from the YouTube channel and that it’s being held in an account.

“We believe ultimately all of the victims are going to make a claim for that. We have no real control of that,” he said.

Police have said the children were taken out of school so they could keep filming the video series and hadn’t been back for years.

Hobson’s biological daughter, who is an adult, alerted police of the abuse, prompting officers to visit Hobson’s home in the city of Maricopa, about 35 miles (56 kilometres) south of Phoenix.

The Arizona Department of Child Safety removed the children from the home.