The organisation along with Balochistan activists around the world annually mark November 13 as Martyrs' Day. 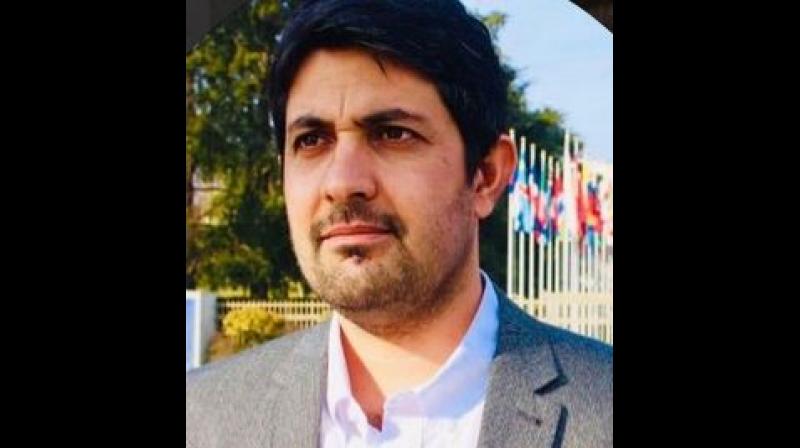 'Over 20,000 Baloch people have been abducted by Pakistani security forces and many killed in the last two decades. Our message to the Indian government is that they have to raise their voice against the atrocities by the Pakistani security forces," said Hammal Haider, foreign affairs spokesperson of the Baloch National Movement. (Photo: Twitter | @HammalHaider)

London: The UK chapter of the Baloch National Movement (BNM) and associated organisations called on the Indian government to challenge the atrocities of the "rogue state of Pakistan" and assist Balochistan's freedom movement.

At a memorial event to mark Baloch Martyrs' Day in London on Wednesday, members of the BNM as well as groups such as the World Sindhi Congress and Baloch Students Organisation Azad paid tributes to those killed in their fight for Baloch freedom over the years and branded the UK government "hypocritical" for its silence on the human rights violations in the resource-rich region.

"India played an important role in liberating Bangladesh and it must now come forward and support our movement to gain independence from the rogue state of Pakistan, which is breeding Islamist militants and destabilising the entire region," he said.

The organisation along with Balochistan activists around the world annually mark November 13 as Martyrs' Day in tribute to the martyrdom of Baloch ruler Mir Mehrab Khan and his fighters who defended the region in the face of British invasion on November 13, 1839.

Candle-light vigils, poetry sessions and tributes are held to honour the memory of all those killed in their struggle for Baloch independence from Pakistan, which it sees as an illegal occupier of its land.

In reference to the British government, Haider said, "The UK talks about human rights of the Kashmiri people and remains silent on our suffering at the hands of Pakistan's spy agency Inter-Services Intelligence.

"This is hypocritical, given that Balochistan was an independent country before the British colonialists created Pakistan and paved the way for Pakistani occupation of our land. They must speak out for all human rights violations."

Dr Lakhu Luhana, General Secretary of the World Sindhi Congress, added, "It is the duty of the entire international community to speak out against the genocide in Balochistan.

"The British, US, Indian governments all have a role to play to stop Pakistan because the implications pose a threat not only to the peace and security in the region, but also globally."

The Baloch Martyrs' Day event in London coincided with similar memorial events around the world, seen as a means of raising international awareness for the Baloch independence cause.