There are lots of reasons why an election like this is not successful, says Hillary. 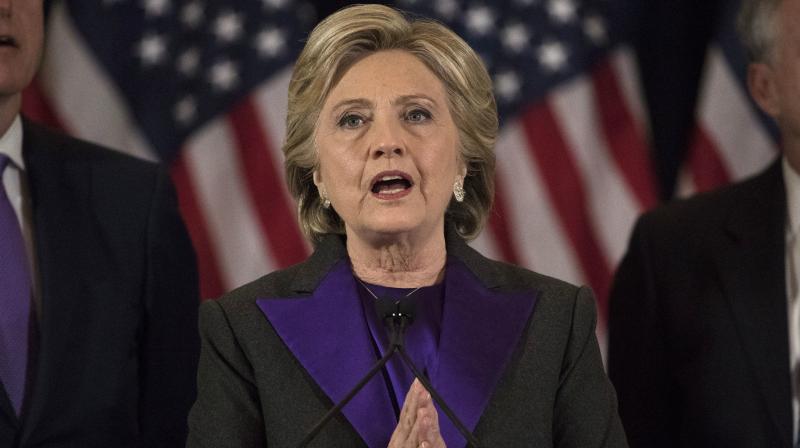 Washington: Hillary Clinton blamed FBI director James Comey on Saturday for her loss in the US presidential race, claiming that re-opening the probe into her email use broke the momentum towards victory.

Ms Clinton told fundraisers and donors in a conference call that Mr Comey’s two letters to Congress on the probe had tilted crucial states towards Republican Donald Trump, the US media, including Quartz and CNN, reported.

“There are lots of reasons why an election like this is not successful,” Ms Clinton told her national finance committee, a person on the call told online magazine Quartz.

“But our analysis is that Jim Comey’s letter raising doubts that were groundless (and) baseless — and proven to be — stopped our momentum.”

On October 28 — less than two weeks before Election Day — Mr Comey dropped a bombshell by informing Congress the FBI was looking once more into Ms Clinton’s controversial email practices as secretary of state after new messages were uncovered.

His second letter, on November 6, just three days before the election, said that the FBI’s review of the new emails had uncovered no wrongdoing, and that the bureau had not changed its July recommendation not to charge Ms Clinton.

While the first letter reopened old wounds and reminded voters of the controversy, the second letter, according to Ms Clinton, had the perverse effect of energising Mr Trump’s base, Quartz reported.

The letters came just as Ms Clinton was building momentum following strong performances at all three presidential debates, and after the release of a damaging recording of Trump boasting about groping women. But, she said, the FBI’s last-minute role was too much to “overcome”, a donor on the call told CNN.

“After the third debate, we felt so good about where we were,” Ms Clinton said, according to Quartz’s source, who chose to remain anonymous.

The campaign analysis “showed that we were up in all but two of the battleground states, where we were tied or one point behind. In Arizona, we were even. We felt real wind at our back.”

But, she said, the FBI’s last-minute role was too much to “overcome”, a donor on the call told CNN.

In July, Mr Comey said that the FBI would not recommend criminal charges against Ms Clinton for handling classified documents and sensitive information on a private email account.

Mr Comey, however, slammed the practice as “extremely careless”.

The FBI chief came under fierce criticism for effectively reopening the Clinton probe so close to the November 8 vote, without knowing whether the new emails were relevant.