Elections to renew the National Assembly, the only branch of government under opposition control, are set for December 2020. 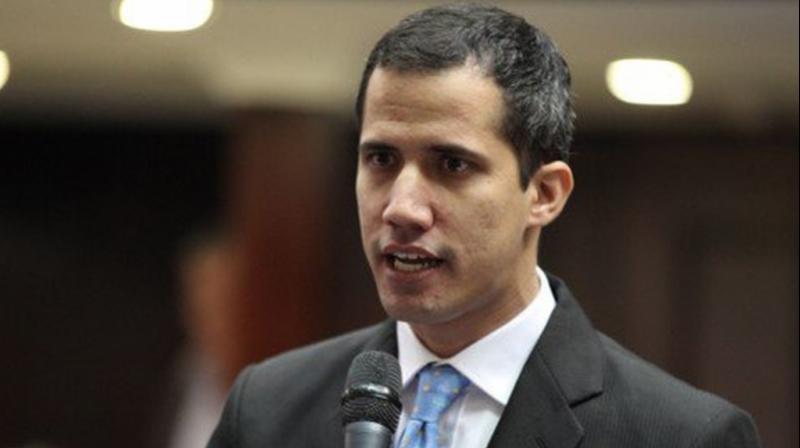 Elections to renew the National Assembly, the only branch of government under opposition control, are set for December 2020.

But the Constituent Assembly, a rival body created by the Maduro regime and given extraordinary powers superseding the National Assembly, has hinted at the possibility of ordering early elections.

Such a maneuver could threaten the opposition's hold on the National Assembly and with it Guaido's claim as head of the legislature to be the country's legitimate president.

But Guaido insisted it would backfire, further isolating Maduro, who has so far withstood opposition challenges to his presidency with the support of the military.

"What would happen if the regime dared to -- and it could -- bring forward an irregular convocation for elections without any conditions?" said Guaido.

"They will drown in contradictions, in isolation -- they will drown in disaster." Constituent Assembly president Diosdado Cabello, the most powerful regime figure after Maduro, admitted on Monday the move was a "counter-attack" after the United States increased its sanctions on the government.

Venezuela has been locked in a political crisis since the legislature branded Maduro a "usurper" in January over his controversial re-election last year in a poll widely denounced as rigged.

As the head of the National Assembly, Guaido demanded Maduro step down and declared himself acting president in a move recognized by more than 50 countries.

The government and the opposition have engaged in Norwegian-mediated talks but those negotiations appear blocked over the opposition's demand that Maduro step down so new elections can be held.

In the meantime, the regime has stepped up pressure on opposition legislators by stripping 25 of them of their parliamentary immunity over their alleged support for a failed April uprising instigated by Guaido.

The European Union's foreign policy chief Federica Mogherini's spokeswoman Maja Kocijancic said these moves were "another direct attack on the only democratically elected body in Venezuela."