The incident happened at 07:37, prompting a major police response. 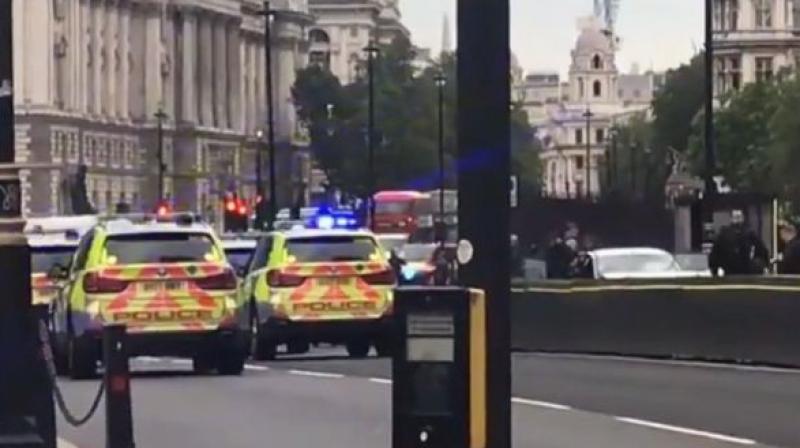 The male driver of the car was detained by officers at the scene. (Photo: Screengrab)

London: A man has been arrested after a car crashed into security barriers outside the UK Houses of Parliament, injuring many pedestrians, Scotland Yard said on Tuesday.

The incident happened at 07:37, prompting a major police response. Streets around Millbank, Parliament Square and Victoria Tower Gardens have been cordoned off, as armed police, ambulances and firefighters attended the scene, the BBC reported.

A number of pedestrians have been injured, the Met Police said.

Euronews/NBC UK correspondent Vincent McAviney tweeted a video of the incident as it unfolded. Scotland Yard said: "At 07:37hrs today, a car was in collision with barriers outside the Houses of Parliament."

BREAKING: a car seems to have crashed into Parliament, lot of police activity here! pic.twitter.com/JMIzzz0ATc

Breaking: Big armed police response to car which has cashed into Parliament barriers we are now being moved back pic.twitter.com/rYAqExq6rn

The male driver of the car was detained by officers at the scene. A number of pedestrians have been injured. Officers remain at the scene. "We will issue further info when we have it," Scotland Yard added.