India is looking at the US for latest military hardware including fighter jets, latest unmanned aerial vehicles and aircraft carriers. 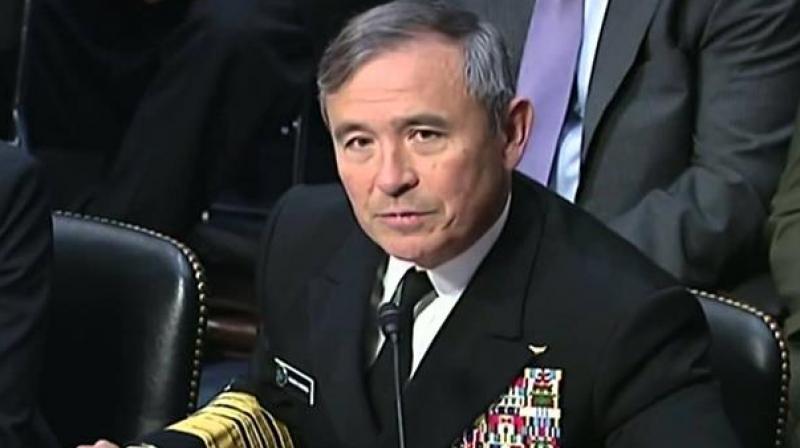 Commander of the US Pacific Command or PACOM Admiral Harry Harris (Photo: AFP)

Washington: A top American commander has offered the US' help to India to modernise its military, saying that together they can improve India's military capabilities in significant and meaningful ways.

Over the past decade, the defence trade between the US and India has touched nearly $15 billion and is expected to gallop in the next few years, as India is looking at the US for some of the latest military hardware including fighter jets, latest unmanned aerial vehicles and aircraft carriers.

"I believe that the US is ready to help India modernise its military. India has been designated a major defence partner of the US. This is a strategic declaration that's unique to India and the US. It places India on the same level that we have many of our treaty allies," Commander of the US Pacific Command or PACOM Admiral Harry Harris told PTI.

"This is important, and I believe that together we will be able to improve India's military capabilities in significant and meaningful ways," said Mr Harris, who has been personally pushing for a strong India-US defence relationship.

The Admiral said he is fairly happy with the level of defence cooperation that exists today between the two sides.

"We have been partners with India in the Malabar exercise series, the maritime exercise, for a number of years. I participated in one of the very first... one of the early Malabars, in 1995," he recollected, reflecting on the decades old association with India.

Noting that the exercise, and the complexity of it, has improved steadily over the years, he said he is very pleased that Japan is part of Malabar.

"I think the trilateral relationship between India and Japan and the US, that relationship is very important," he said as he advocated for Australia joining this group too.

"We could explore together bringing Australia into the exercise. That has merit. There's a lot of common interests in the Indian Ocean, between Australia and India. But that's really a decision for India to make, and then a decision for Australia to participate, if so invited. I'll leave that to those two countries," Mr Harris said in response to a question.

According to Mr Harris, there is a lot that India and the US can do together.

"I'm pleased that India is a participant in Rim of the Pacific Exercise (RIMPAC), the Pacific exercise that's hosted every other year in Hawaii. I'm pleased in general with where the relationship is going, and I look forward to more as the years progress," he said.

Responding to a question on India's decision against the American move to have a joint India-US naval patrol in the Indian Ocean, Harris said the US is not disappointed at all.

Admiral Harris refrained from giving any answer on India and the United States starting to share information about Chinese submarines in the Indian Ocean region.

"I don't want to answer the question, because I don't want to imply that I'm sharing intelligence, or anything like that. I'll just simply say that a close relationship between US and India is clearly helpful to the United States, and I believe helpful to India as well," he said in response.

Mr Harris reiterated that he believes that the deepening US-India relationship is the defining strategic partnership for the 21st century.

"I'm very interested, and very supportive, of what's happening in India. The Indian armed forces, and that whole piece...I think that the opportunities for our two countries are simply great. It's fantastic," Mr Harris said.

Noting that India remains an important line of effort at the Pacific Command, Mr Harris said America's national leadership is working closely with India's to grow the partnership between the two countries.